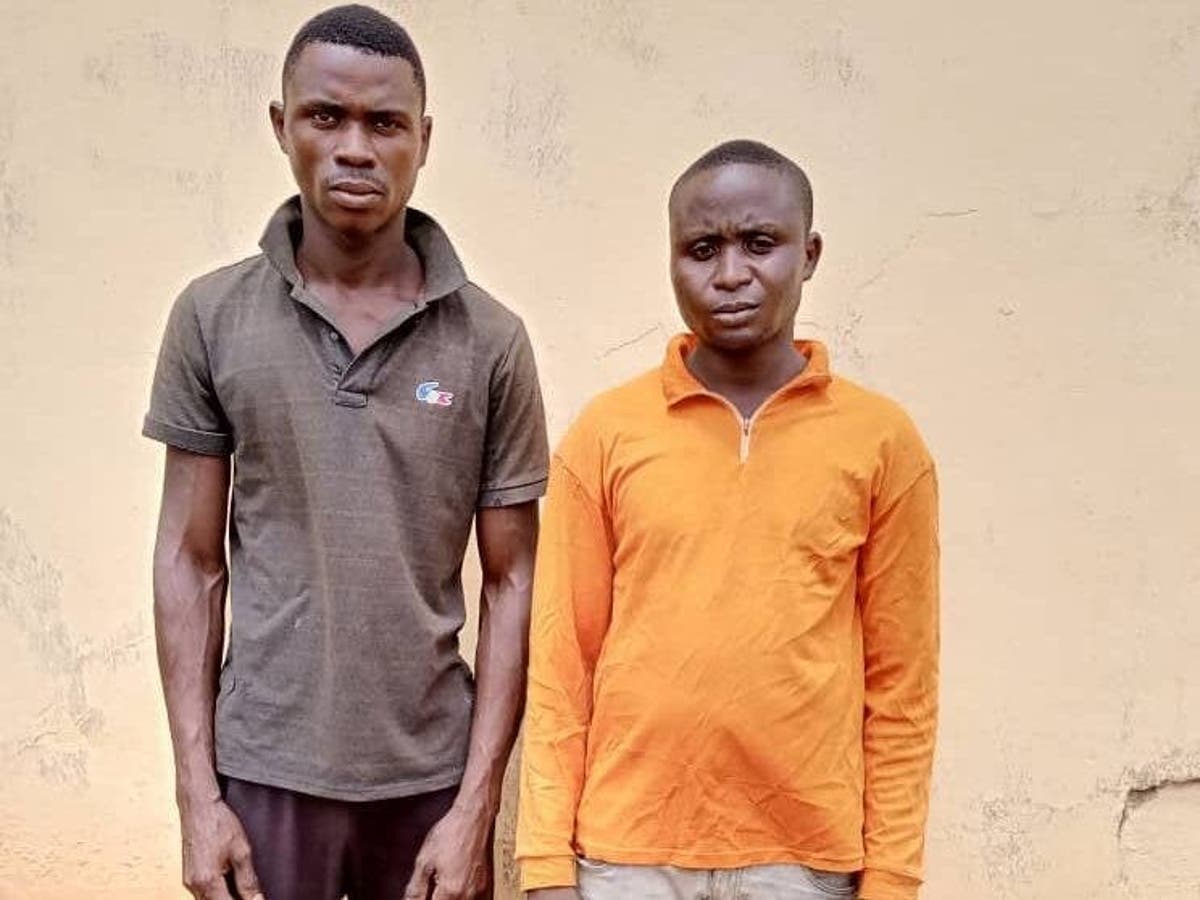 According to a statement by the Police Command Spokesman, Abimbola Oyeyemi, the suspects – 29-year-old Baoku and 27-year-old Olamide, were arrested following a report received at Ijebu Igbo division from the victim’s husband.

The victim’s husband reported to the police on the 14th of February that his wife and his son went out since the previous day and were yet to return, and that efforts to locate her and the little boy didn’t yield any positive result.

The police spokesman said “Upon the report, a case of a missing person was incidental, and the DPO Ijebu Igbo division SP Kazeem Solotan detailed his crack detectives to unravel the mystery behind the sudden disappearance of the woman and her son

“The detectives there and then embarked on a technical and intelligence-based investigation, which led them to the arrest of Olamide Odulaja at Ibadan.

“Upon his confession, detectives went after the herbalist who resides at Araromi street Japara Ijebu Igbo.

“On getting to his resident, it was discovered that the herbalist has took to flight having heard about the arrest of Olamide. Subsequently, all the adjoining divisions were alerted to be on look out for the fleeing suspect. He was eventually traced to Kajola village, where he was arrested by the DPO Awa Ijebu with the assistance of hunters and local vigilantes.

“On interrogation, the herbalist confessed that it was Olamide Odulaja who approached him for money making ritual following which he asked him to bring a head of human being as one of the material to be used. He stated further that they both conspired to abduct the woman and her son and slaughter them for that purpose. He confessed further that he burnt the woman’s head with some other herb material which he gave to Olamide to use. When asked about the little boy, he said that his head and remains was dumped inside a pit latrine.”