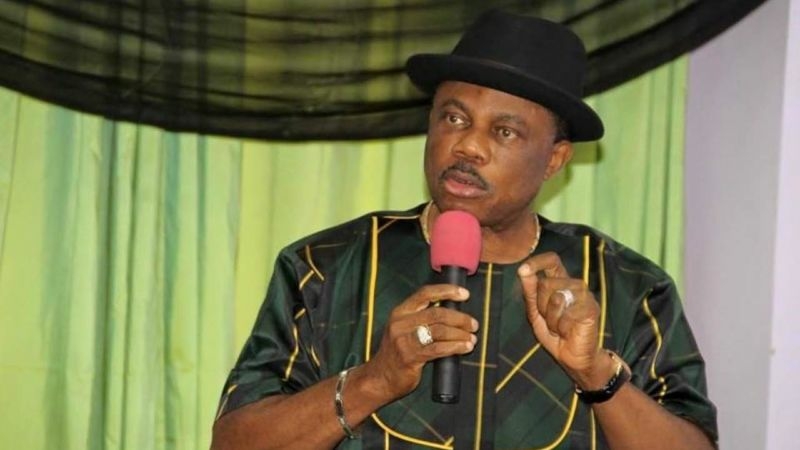 The Executive Governor of Anambra State, Willie Obiano, has banned vehicles with tinted glasses and covered number plates from plying any road in the state.

Governor Obiano stated this on Sunday during his address to the residents of the state.

The governor vowed that he would not allow the record he kept for seven years as the safest state in the country to be diminished by anybody, no matter how highly placed.

“Within the past week or so, we have witnessed what obviously is a planned and targeted attack on security personnel and facilities in the state by armed hoodlums.

“So far, police officers and Navy personnel on official duties at strategic checkpoints in various locations in the state have been attacked, killed and their firearms taken away. Also, prison and police personnel conveying an inmate to court were equally attacked and killed.

“This morning (Sunday), a police outpost was attacked unsuccessfully as joint police, vigilante and community efforts repelled the attackers.

“The Anambra State Government categorically condemns these attacks on our security personnel and is doing everything possible to apprehend the perpetrators and bring them to justice.”

He further stated, “Since these attacks commenced, I have personally coordinated security commanders in the state with a joint effort to halt this mayhem and by God’s grace, we will surely succeed. The State Security Council has met twice and I summoned another emergency meeting this afternoon, hence my address.

“Let me emphatically state that any attack on security personnel in Anambra is a direct attack on the state itself and will be resisted with our greatest might. Those who attack us are obviously intent on distorting the peace and security we have enjoyed in Anambra State in the past seven years and we will not allow that.

“We have received massive police, Army, Navy and DSS deployment since yesterday and they have joined their teams on the ground to enforce security.

“I have therefore directed all security agencies in the state, the vigilante services, all task forces and every structure in the state security infrastructure to rise in defence of our dear state.

“Going forward, extensive security activities will be obvious and by God’s grace, we shall overcome. Fitted tinted glasses on vehicles as well as covered plate numbers will no longer be allowed on all roads within the state. Security agencies will be conducting special and strategic operations aimed at neutralising the emerging threats to our collective safety,” the governor said.