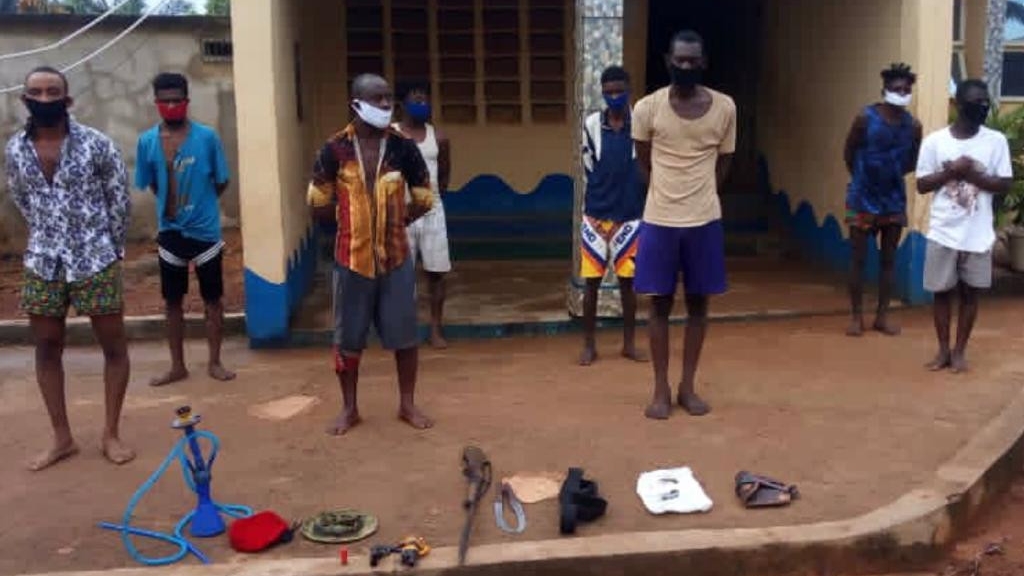 Eight suspected cultists have been arrested by the operatives of Anambra state police command for terrorising the state.

This was contained in a statement released by the police public relations officer in the state, DSP Ikenga Tochukwu.

He added that the state commissioner of Police, CP MB Kuryas while commending the joint patrol team led by the Area Commander Ihiala for a gallant performance, reassured residents of the state that the Command would be relentless in taking the battle to the doorstep of criminal elements hell-bent on fomenting trouble in the State and bringing them to book.