An Edo State High Court, sitting in Auchi on Wednesday, March 24, remanded four suspects charged with the murder of one Dicksom Larcomb Emah.

It was reported that the young man was shot dead during a clash between two groups of masquerades after the annual Ekuochi festival in Igarra, Akoko-Edo Local Government Area of Edo State on Monday, January 18, 2021. 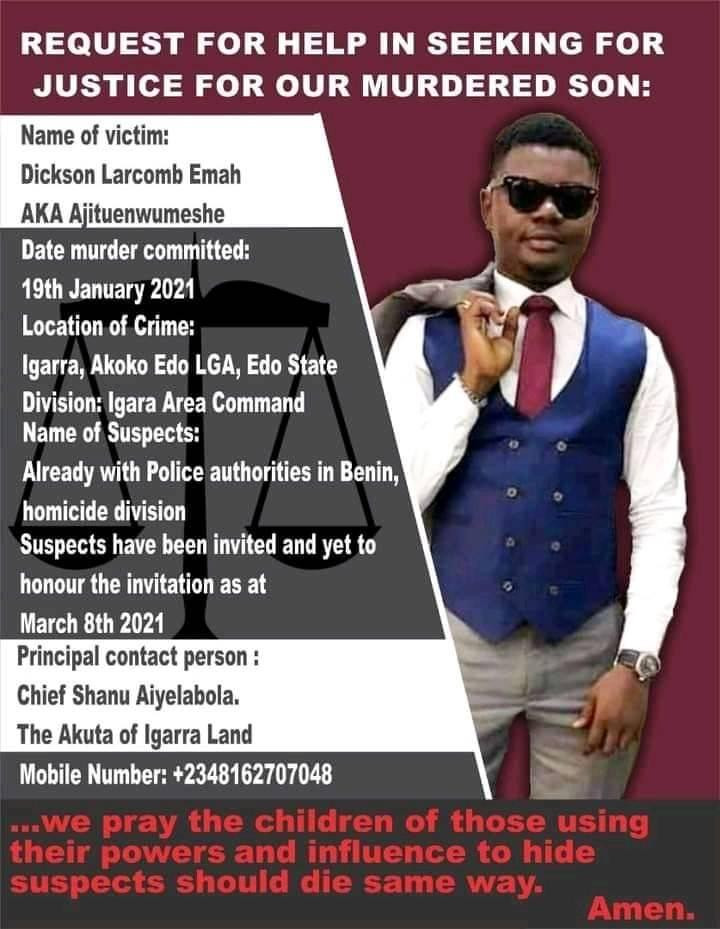 The presiding judge, Justice Philip Imoedemhe, ordered the remand of the four suspects in Auchi Correctional Centre for 14 days pending the outcome of legal advice from the Director of Public Prosecution, (DPP). He, thereafter, adjourned the case till April 7, 2021, for mention.

Their pleas were, however, not taken by the court.

The prosecutor, Esq Iweka Ekibade, had on arraignment, told the court that the four suspects conspired with others at large, armed with a double-barrel gun with live cartridges and other dangerous weapons, attacked and unlawfully killed Emah.

He added that the suspects committed the offence punishable under Section 324 and 319 (1) of the Criminal Code Cap 48 Vol. 11 Laws of the Defunct Bendel State of Nigeria 1976 as applicable in Edo state.