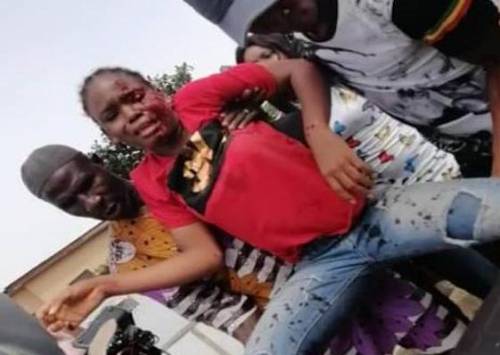 Six females who were returning from a wedding ceremony on Saturday escaped death from a car crash along the Ikotun-Ijegun road in Lagos State.

According to a SaharaReporters, the accident occurred around 3pm around the St Saviour’s Bus stop along the Ikotun-Ijegun road due to the lack of speed bumps on the newly tarred road.

An eye witness sent videos SaharaReporters, showing commotion in the area as passersby tried to rush one of the ladies to a nearby hospital.

“The accident just happened around Ikotun-Ijegun road that involved like six ladies looking as if they were going for an event. I wasn’t able to talk to any one of them though because people were many and it’s a newly tarred road which the government is supposed to put bumps on,” a witness said.