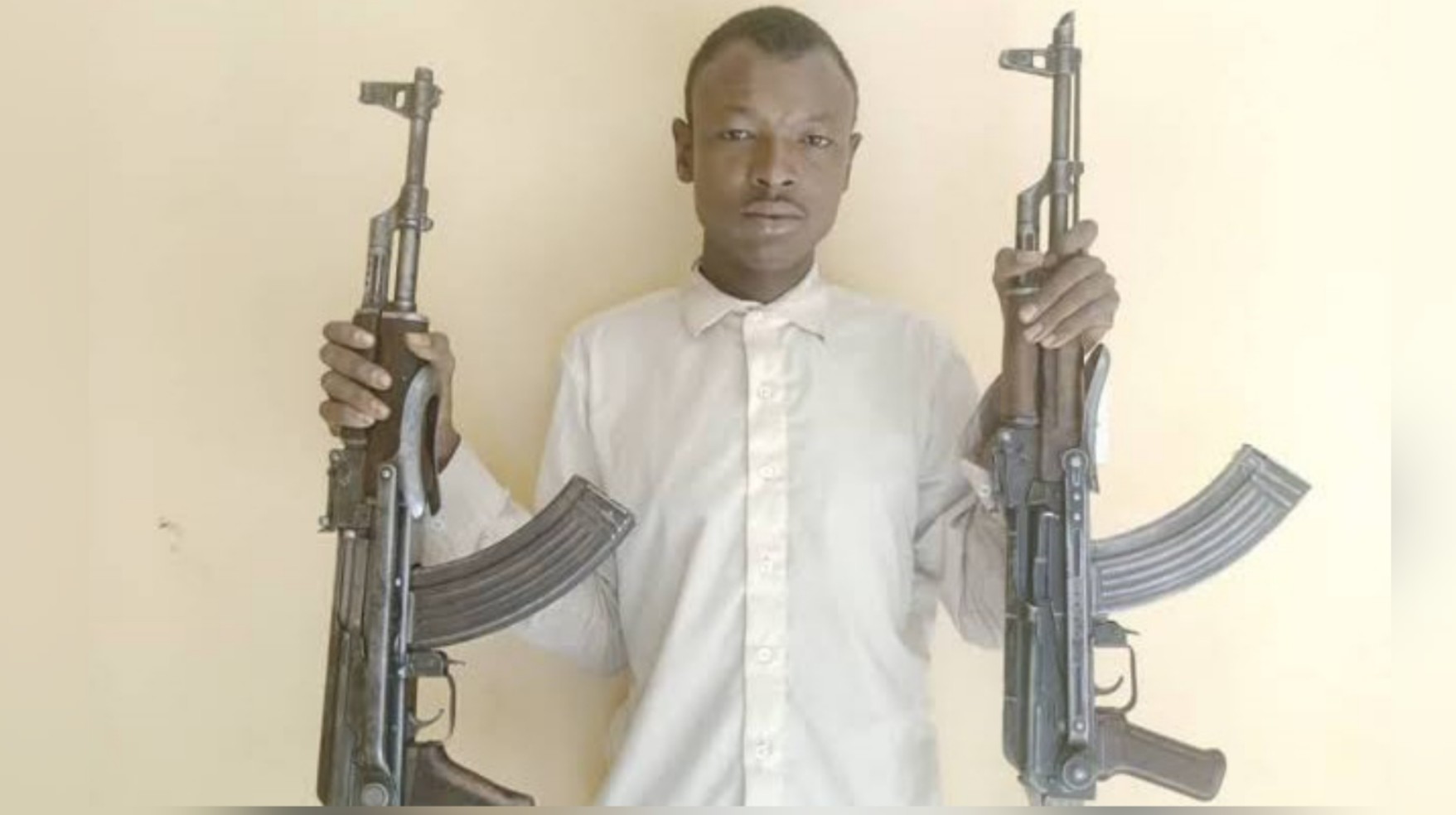 A suspected kidnapper and father of six children, one Abubakar Musa, 27-year-old, has confessed that he obtained guns to confront a bandit who snatched and married his wife after he was arrested and taken into custody.

Musa was arrested in possession of two AK47 riffles by the operatives of Police in Kano state.

The Police Spokesperson, DSP Abdullahi Haruna said the suspect, popularly called “Likita” along Birnin Gwari Axis was arrested based on tip off from members of the public.

DSP Haruna while parading the suspect said he operates in Birnin Gwari axis in Kaduna, Kano and other states in the North.

Upon interrogation, Musa a resident of Burumburum, Tudun Wada area of the state confessed to have partaken in series of operation of cattle rustling and kidnapping.

He said his first kidnap victim was his uncle which he carried out as a form of retaliation after his sister, Hafsat was kidnapped by his uncle’s son.

“I am a cattle rustler and only kidnapped two people in my whole life. My first kidnap victim was Uncle, Alhaji Haruna and the other, one Bappan Jauro. We now stay in the same compound with Alhaji Haruna.

“I abducted him after his son kidnapped my sister Hafsat. We kept him first in Agaji before taking him to a forest in Bauchi, but we released him after the payment of N1m ransom. This happened about six years ago. But I never killed anyone.”

Speaking on guns found in his possession, he said, “I obtained these weapons – two AK 47 rifles from the children of late Muhammadu Bakanoma in Zamfara State. They gave me the weapons after I told them about a man who snatched my wife and daughter.

“The man, who is in Birnin Gwari, Kaduna State, snatched and married my wife. He is a bandit. He married my wife after I was arrested by the DSS and arraigned in court. All efforts to make him release my wife to me have failed and that’s why I obtained the weapons to fight him,” Musa said.

The suspect however pleaded for leniency.