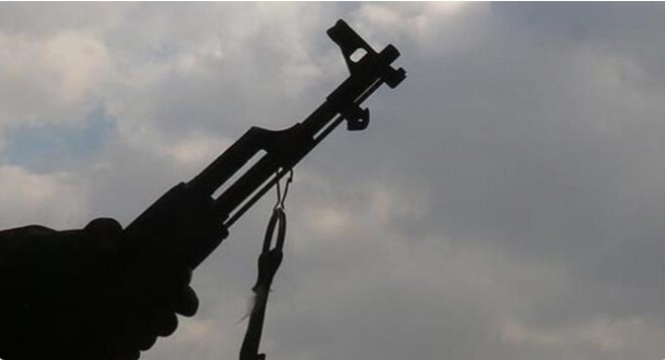 The leader of a bandit group in Zamfara has been reportedly killed during a patrol by officers attached to operation Puff Adder II.

Recall that Zamfara communities have witnessed attacks from bandits which have resulted in the kidnapping of residents including schoolchildren in the state.

This was contained in a statement issued on Monday by the spokesperson of the state police command, Mohammed Shehu.

The PPRO revealed that a motorcycle, a military uniform, and an AK-47 rifle were also recovered during the operation.

According to Shehu, police operatives were on a routine patrol on Sunday when they intercepted some bandits, who were reportedly on their way to attack a community.

He noted that during a gunfight, the leader of the group — who is said to have been on the radar of the police — was killed, while others reportedly fled with “possible” gunshot injuries.

“The Command, in continuation of such kinetic actions against the recalcitrant bandits, has succeeded in neutralising a notorious armed bandit kingpin who specialised and has been on the radar of the Police for terrorising the innocent people of Maradun and other neighbouring LGAs of Zamfara State,” the statement reads.

“On 4th April, 2021, Operatives attached to Operation Puff Adder II of the command, while on confidence building patrol along Tsibiri village, near Sububu forest in Maradun LGA, intercepted a group of armed bandits who were believed to be on attack mission to the village.

“On sighting the Police operatives, they engaged them in a gun duel which the personnel quickly returned fire. As a result, one of the bandits was gunned down, while other bandits fled into the forest with possible gunshot wounds.

“In the course of profiling the scene, an AK-47 rifle with breech no. AK 103- 2051361627 and one magazine containing four (4) rounds of live ammunition, one operational motorcycle, and a bag containing bundle of charms, and a set of military camouflage uniform were recovered.”

The police spokesman, however, added that the ongoing operations against bandits who have refused to embrace the peace accord of the Zamfara government, “will be effectively sustained to rid the state of all forms of criminal elements”.