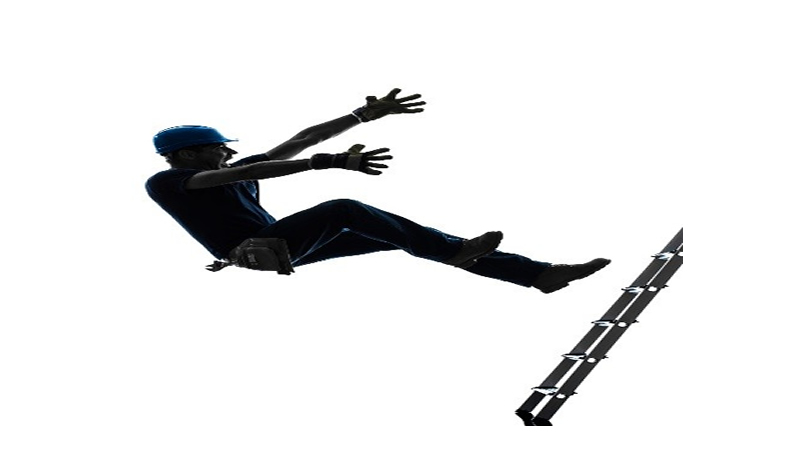 Plumber falls to death inside police barracks in Lagos

A plumber, Sunday Alao, has reportedly fell to his death while working on a building located inside the police barracks in the Alausa area of Lagos State.

The tragedy was said to have occurred when Sunday, 29-year-old and his colleagues were running pipes to connect water from the borehole into the tank.

It was gathered that Sunday’s boss, Sunday Seye, was contracted to run pipes for water supply into a building and in a bid to get the job done, he mobilised his workers, including the deceased to work on the project.

According to a PUNCH report, Sunday’s elder brother, Temitope, said the deceased and a colleague had finished connecting the pipes to the tank, adding that Sunday was climbing down a ladder when he suddenly lost his balance and fell to the ground.

He said, “My sister was the one who called to inform me that Sunday had an accident and it was when I got to the Lagos State University Teaching Hospital that I was told that he fell while working and he died because of the injuries he sustained. What I was told was that Sunday and his colleague went to run pipes in a two-storey building inside the barracks close to the Alausa Police Station in Ikeja.

“While working on the building, Sunday and his colleague used a ladder to climb to the second floor where the tank is located to connect it to a pipe. They had finished running the pipe and Sunday’s colleague climbed down to the first floor; immediately he got down, he packed their equipment and went to the ground floor to wait for Sunday.

“But while Sunday was climbing down the ladder, they said he lost his balance, fell and hit his head on the ground. His friend, who was on the ground floor, said he heard the sound as Sunday fell to the ground, but thought it was the ladder that fell. A resident in the building, who came out from one of the rooms alerted Sunday’s colleague when he saw him lying unconscious on the floor.”

The deceased’s elder sister, Bisi Ayeni, said, “When I got to LASUTH, I went to the emergency unit but saw none of his friends. When I eventually saw them, they started leading me to the mortuary and I asked what happened to Sunday, and it was at that point that they told me to take heart that my brother had died. I asked how and they told me the person who was working with him would explain what happened, but he was at the police station in Alausa.

“They also told me that when they got to LASUTH for treatment, the policemen, who accompanied them to the hospital, argued with the doctors because they refused to attend to Sunday on time. One of the doctors on duty told them to get drugs and injections needed for his treatment and they rushed to get them, but when they returned, they did not see the doctor. Sunday died in the process.

“Sunday was the last born of my aged parents and he was the one staying with them at home. I don’t believe that anyone could fall down from the place they said he fell down from and the person would die. My brothers insisted that they wanted an investigation, but I was the one who said we should accept what had happened. The doctors said he died because he bled internally, but we didn’t see any test result. We informed our parents before we buried him.”

The state Police Public Relations Officer, Muyiwa Adejobi, who confirmed the incident said “It was reported that a plumbing job was contracted to one Sunday Seye, to connect water into 23 flats in a block of 24 from a borehole. On the same day, one of the workers, Sunday Alao, 29, fell down from a ladder while running pipes into the flats around 2.50pm. He was rushed to the Lagos State University Teaching Hospital, but gave up the ghost while receiving treatment around 5.30pm.”