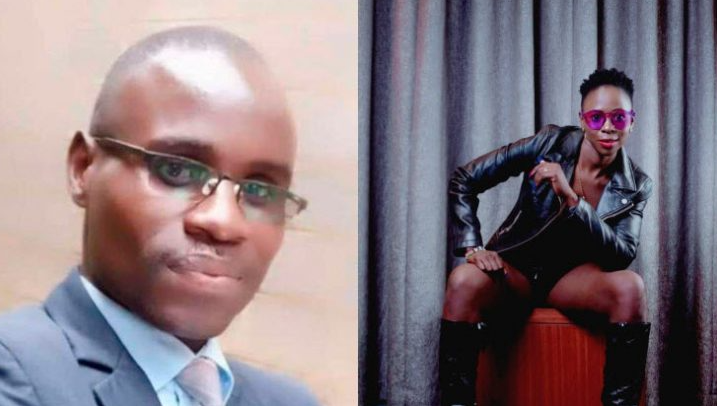 37-year-old Daniel Omollo Onyango, a Kenyan Defence Forces (KDF) soldier, has died after a fight with his wife at their home in Kahawa Wendani, Kiambu County.

The Directorate of Criminal Investigations, DCI, on Thursday, April 8, said that Onyango died as a result of low oxygen concentration in the blood after being bitten by his 27-year-old wife, Violet Asale Emu, an upcoming local secular artiste whose stage name is Zian Achama.

According to the police report, the fight broke out on Sunday morning, April 4, just minutes after midnight at their two-bedroom house in Kahawa Wendani.

Preliminary investigation established that the deceased was furious about the one-bedroom house that his wife had rented and was demanding to know who pays the rent and who the other tenants are.

“So angry was the officer that he refused to partake the night’s dinner. This led to an argument resulting into a physical fight at about 1am in which the deceased bit his wife on the shoulder. The wife also bit the deceased’s finger, right side of the chest and back of the shoulder,” an investigator told Nation Africa.

Thereafter, police said, the KDF private who is based at Gilgil, developed convulsions and was taken to at the Kahawa Garrison Health Centre in Kiambu County where he was pronounced dead.

According to the couple’s neighbours, the two started arguing about 1am, moments before they heard Asela screaming from the bedroom.

Boy, 11, falls into coma and dies ‘after being repeatedly raped…

“We did not understand what they were arguing about but they have lately been having issues,” neighbours told Nation.Africa.

Shortly after the screams died down, neighbors said, the officer’s sister and aunt came out calling for help.

“We asked them what had happened and they said the couple had fought and that they needed a car to take the officer to the hospital,” another neighbor told Nation.Africa.

At the time, the deceased’s wife had already contacted Kahawa Garrison’s health centre requesting for an ambulance to drive her husband to the clinic.

“They travelled to the hospital with this car (a Toyota Vitz), but before they could get to the hospital, they met the ambulance rushing to the house and had the nurse check on the officer. The nurse pronounced him dead and asked them to go back home with the body and call the police,” another witness narrated.

At around 7:40am, regular police officers accompanied by DCI detectives from Githurai Kimbo police station learnt of the officer’s death through a call made to the station by the deceased’s colleague.

Detectives said the deceased’s relatives forced their way into the couple’s bedroom when they heard the officer’s wife screaming and found him lying still on the floor.

“His wife asked them for help in resuscitating him but they could not do much. He was already convulsing,” the police said.

“Realising he had developed convulsions and was sliding to his death, the wife rushed him to Kahawa Garrison Health Centre but it was too late to save his life. His body was cold and without a pulse,” DCI George Kinoti said on Twitter.

The officers then arrested the deceased’s wife, aunt and sister but released the latter two after questioning and recording their statements.

The officer’s wife was arraigned in court on Monday, as the murder investigations continues.

The deceased’s body was moved to Forces Memorial awaiting postmortem. The house has since been locked declared a crime scene.