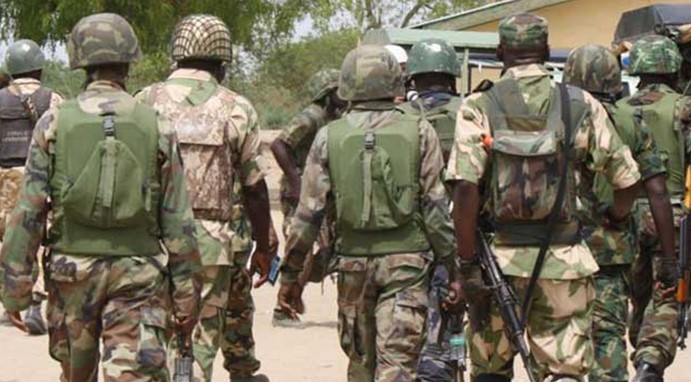 A captain and 10 soldiers were killed along side ten armed bandits during soldiers and militiamen clash in the Bonta, Konshisha Local Government Area of Benue State, on Monday.

The Defence Headquarters said a captain and 10 soldiers killed by criminals were burnt beyond recognition by bandits allegedly aided by youths from the community.

The DQH said the attackers also went away with the slain troops’ weapons and ammunition.

In a statement on Friday by the acting Director of Defence Information, Brig. Gen. Onyema Nwachukwu, the military said “The Defence Headquarters wishes to state that soldiers deployed to Konshisha displayed commendable restraints by adhering to the rules of engagement in the face of unprovoked attacks and therefore deserve accolades.

“In addition to the return of all carted-away weapons, the local leaders of Konshisha must bring the main actors responsible for the mayhem to security forces to face justice. They must also surrender all other weapons in their possession. The military will not tolerate the jungle justice attitude and dastardly acts leading to the gruesome murder of patriotic soldiers on legitimate duty to keep the peace.”

Explaining how the troops were killed, the DHQ said, “All along, 72 Special Forces Battalion has troops deployed on the Oju side of the boundary and troops of the Battalion were on their way to replenish their colleagues on 5 April, 2021, when they were attacked by armed bandits at Bonta in Konshisha.

“The troops, who were under the command of a captain, were seized at a checkpoint mounted by the so-called ‘Bonta Boys’ and taken into Konshisha Forest where they were all brutally murdered. Not satisfied with killing the soldiers, the bandits proceeded to burn all the 11 soldiers and their officer beyond recognition while their weapons and ammunition were carted away.

“Military reinforcements were dispatched to Bonta the following morning. Unfortunately, the reinforcement also came under attack from close to 500 armed youths, who, by this time, had fully occupied Bonta. The sheer number of youths involved in the attacks suggests that the armed bandits could not have been from Bonta alone, but were joined by bandits from other parts of Konshisha LGA.

“The military repelled the attack after more than four hours of intense fighting during which military helicopter provided close air support to ground troops. Ten armed bandits were killed during the fight with the rifle of one of the killed-in-action soldiers recovered from the bandits who fell casualty during the exchange of fire.” 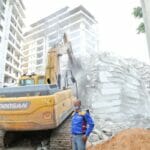