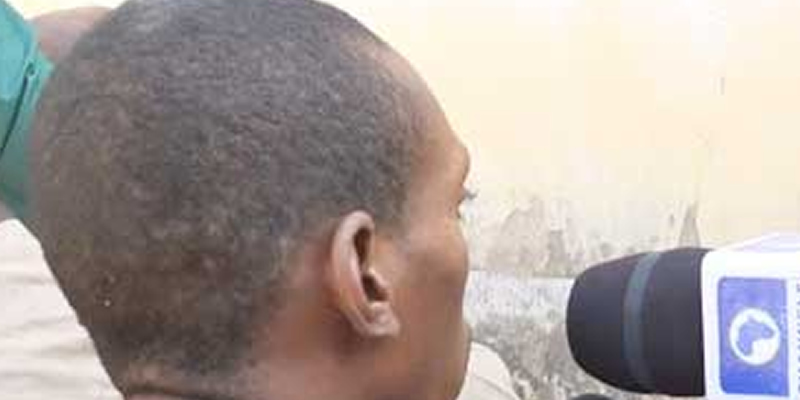 Gidado, who has been on the watch list of security agencies for years was arrested on March 28, in Jebjeb community of Karim Lamido LGA.

His arrest was made possible through intensive intelligence gathering, surveillance and smart operation of NSCDC officers in the state.

The State Commandant of the NSCDC, Muhammed Waksha while parading the suspect before journalists on Thursday in Jalingo disclosed that the Gidado alongside his gang members create roadblocks along the borders of Plateau, Bauchi and Gombe states where they intercept travellers and kidnap them.

“We arrested Mohammed Gidado on the 28th of March 2021 in Jebjeb community of Karim Lamido local government area of Taraba state, it is a border community with Plateau State.

“This is the area they have been causing mayhem to transporters and residents through robbery, kidnapping and cattle rustling.

“He has been in our wanted lists for so long, so, when we got him, we drove all through the night and day.

“We arrived at the state command office at about 9:00 am and while trying to enter the suspect used a sharp metal he saw in the vehicle to slash his throat and luckily we rushed him to the hospital and his life was saved,” Waksha said.

The commandant said investigation to unravel more of the suspects is still on, adding that no culprit will escape.

The suspect blamed the devil for luring him to engage in such act.

Gidado said “We kidnap and rob people of their belongings in a border community between plateau and Taraba states more often.

“We are many and I heard some of our gang members were killed in a gun duel with security agencies.

“My intention to commit suicide was to avoid been further interrogated. The last set of people we kidnapped, we made a total of five hundred thousand naira from them.”