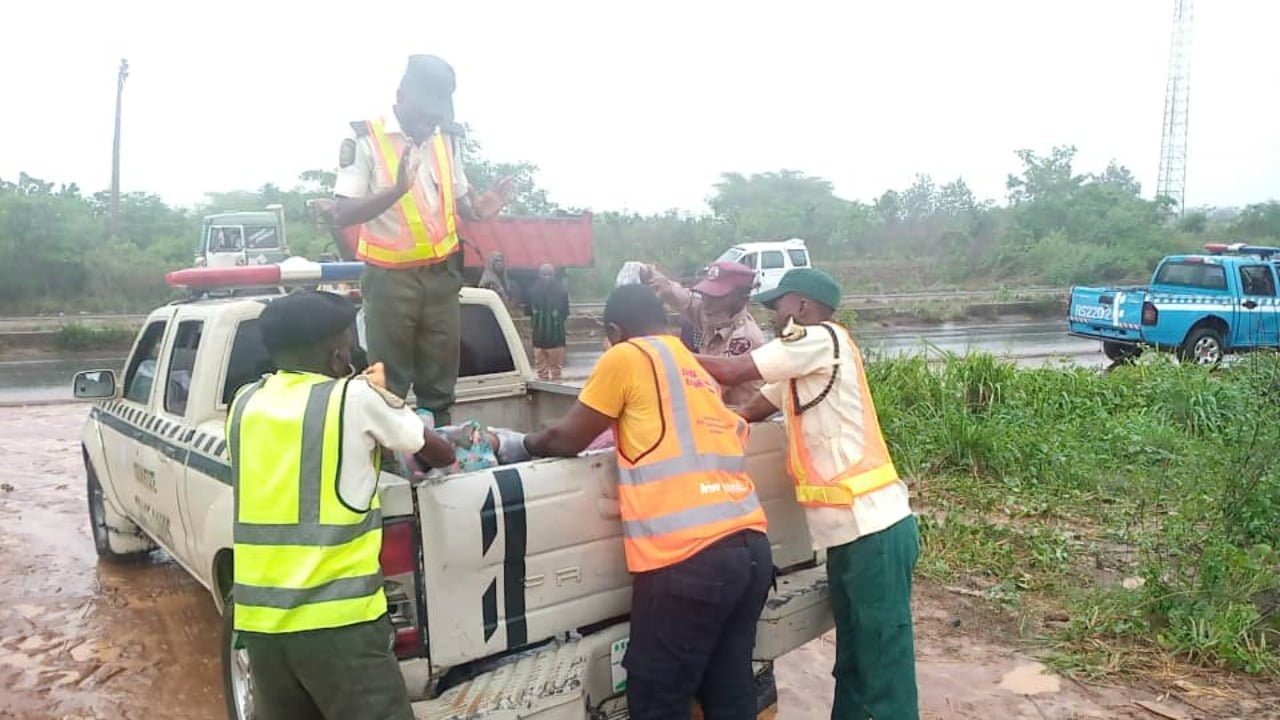 Two nurses have been confirmed dead in an accident after a bus conveying nurses somersaulted on Sunday along the Lagos-Abeokuta highway, Ogun state.

WITHIN NIGERIA gathered that the lone accident that involved a white Toyota Hiace, marked OG49A07 happened around 9:20am at Akinale village.

It was learnt that the 18 passengers at the time of the accident – one male and 17 females were nurses, who were all heading to a party to honour the matron in one of the hospitals in Abeokuta.

It was also gathered that the victims were were nurses from Ademola Hospital and General Hospital, Ijaiye, all in Abeokuta.

The Ogun Traffic Compliance and Enforcement (TRACE) Corps spokesperson, Babatunde Akinbiyi, who confirmed the incident said one of the survivors of the road crash accused the driver of speeding and using a mobile phone while driving at a sharp bend.

Akinbiyi added that the driver was said to have lost control as the bus somersaulted several times with 10 persons sustaining varying degrees of injuries aside from the two women that lost their lives.

He said “according to one of the survivors, the driver was speeding and was as well using his cellphone while driving at a bend. He lost control and the bus summersaulted several times.

“The injured victims were rescued to Hope Hospital, Adigbe, before our arrival. The dead bodies have been deposited at Ijaye morgue.”