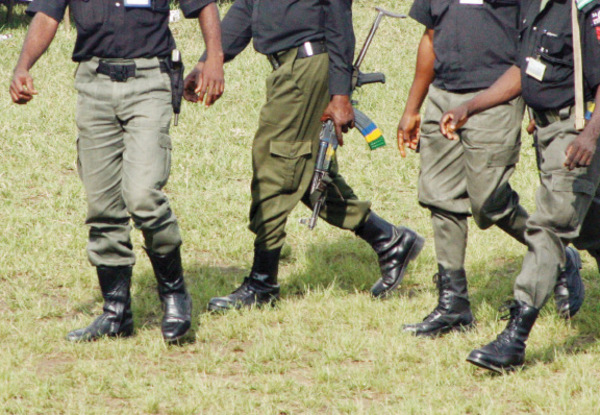 Seven policemen arrested over alleged extortion of N500,000 in Anambra

Anambra Police Command has arrested a team of seven policemen over alleged extortion of N500,000.

The State Commissioner of Police, Monday Kuryas, stated that the extorted amount has been returned to the owner.

It was gathered the victim was an Onitsha- based businessman and the arrest of the policemen was made possible following a petition from a citizen.

The CP Kuryas vowed to prosecute the suspects after investigations.

Though the Police Command did not indicate the number of arrested suspects, a Senior Police Officer, who pleaded anonymity, said they were seven

Anambra Police Public Relations Officer PPRO, Ikenga Tochukwu, who confirmed the incident said the CP expressed total aversion for unprofessionalism and other extortionist tendencies amongst operatives in the Command.

Ikenga confirmed the arrest followed a petition alleging the extortion of N500,000 from a citizen by some men of the Command.

“Investigations, ordered by the CP, into the case led to the swift identification and arrest of the personnel involved.

“The sum of N500,000 extorted from the victim was also recovered intact and returned to him and the officers charged with misconduct in line with extant disciplinary procedure of the Force,” he said.