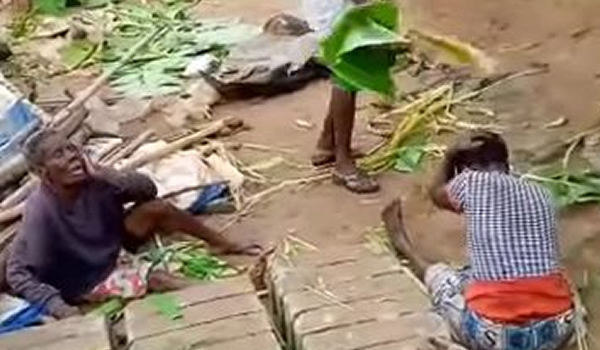 It was gathered that the incident, which happened on Friday, March 19, has left the old woman in untold shock and pains.

According to The Nation, an attempt to arrest the suspects was intercepted by some community leaders, who asked the community’s deity to be consulted first.

To the shock of all her accusers, findings from the oracle reportedly proved the 98-year old was innocent of witchcraft.

The victim’s daughter, Mrs. Alice Jete, appealed to Delta Commissioner of Police, Mr. Ari Muhammed Ali and Human Rights Organisations to ensure the perpetrators are brought to book, stating that her mother was falsely accused and maltreated.

According to the 52-year-old daughter, Jete, said the matter was reported at a police station in a nearby community, Otor-Owhe, the following day.

She said: “I was called that evening. I and my son got to the village around 10 in the night. We took her to the hospital that night. It was my 20-year old son that carried her.

“They beat her to the extent that up till now, she cannot tell where she is. When I ask her ‘mama, where are you?’ She will say, ‘I don’t know. It’s like it (the maltreatment) affected her mentally.”

The unfortunate incident was reportedly masterminded by a relative and other suspects (name withheld). 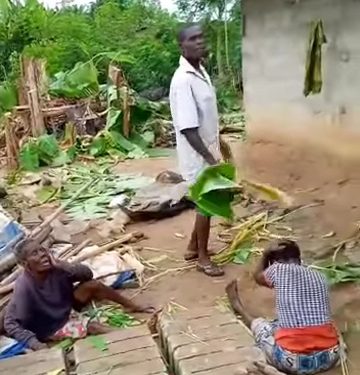 A video of the incident saw old Okpole and another woman, said to be her mate, seated on sandy floor, appealing for their lives.

They were flogged repeatedly on the head and sides with plantain stems by at least four men, after which both were forcefully dragged on the ground into a room where they were locked in.

A voice could be heard saying: “These are the witches of Otor-Iyede. They can kill their children for anything…”

Another asked if they (women) had released the person they planned to kill in their coven, the voice promptly shouted that they (women) agreed the person had been released when ‘Oga Wada’ appeared on the scene, in a seeming attempt to strike the women.

A man on white and green coloured clothing also appeared on the video shouting ‘enough’ in Isoko language, while wading off further onslaught on the women.

The Police acting spokesman, DSP Edafe Bright. who confirmed the incident, disclosed that “the suspects are on the run”.