Six suspected car snatchers have been arrested by the Federal Capital Territory Police Command along Kubwa, Garki and Lokoja axis of Abuja.

Three of the suspects have been identified as Beneth Idiwogu, 31; Uche Victor, 37; Julius Kilotomo, 22; all male. 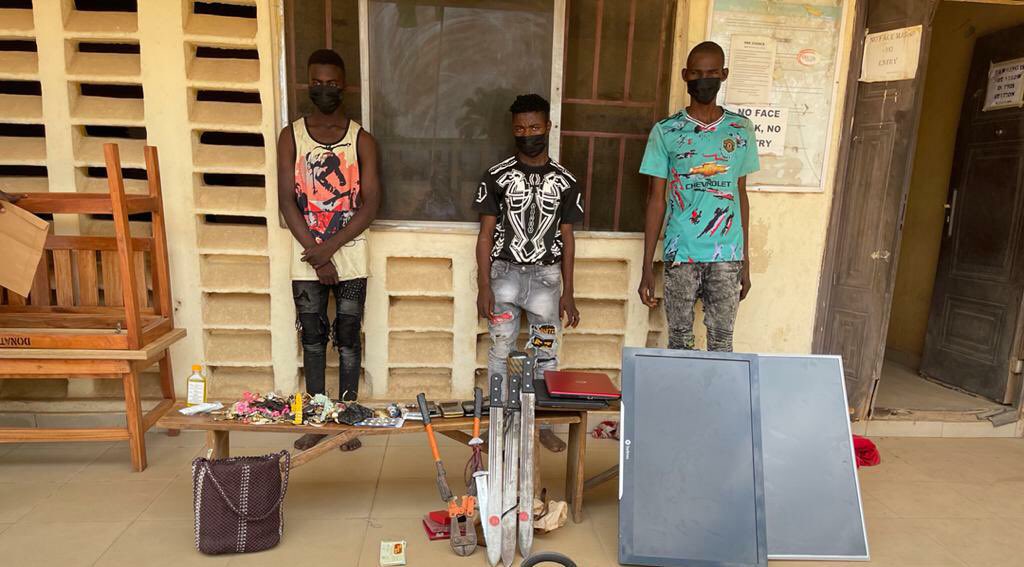 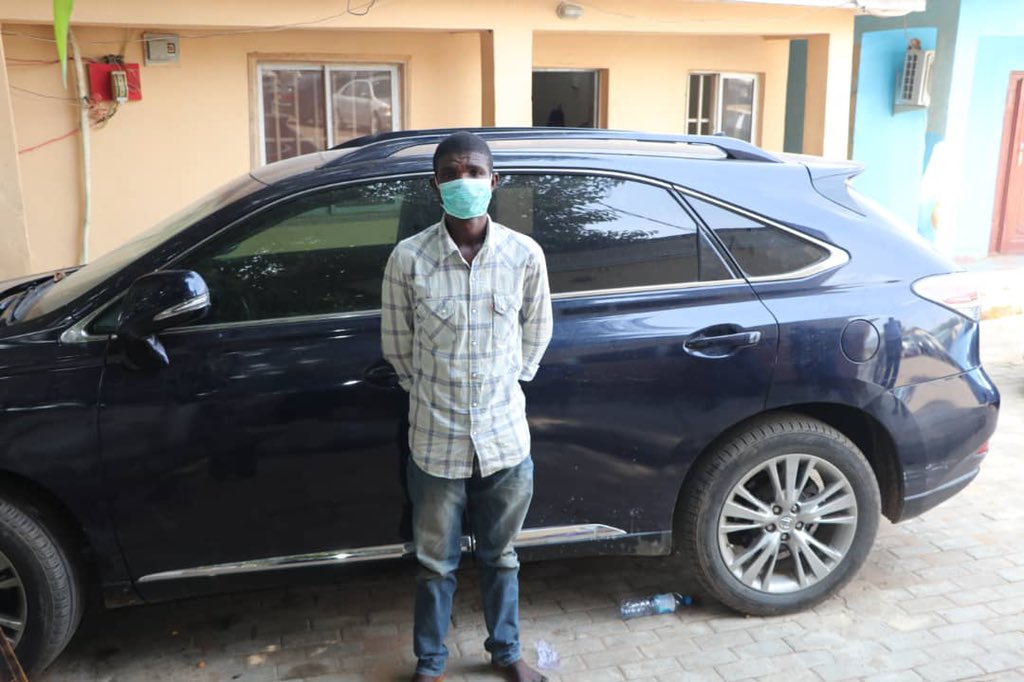 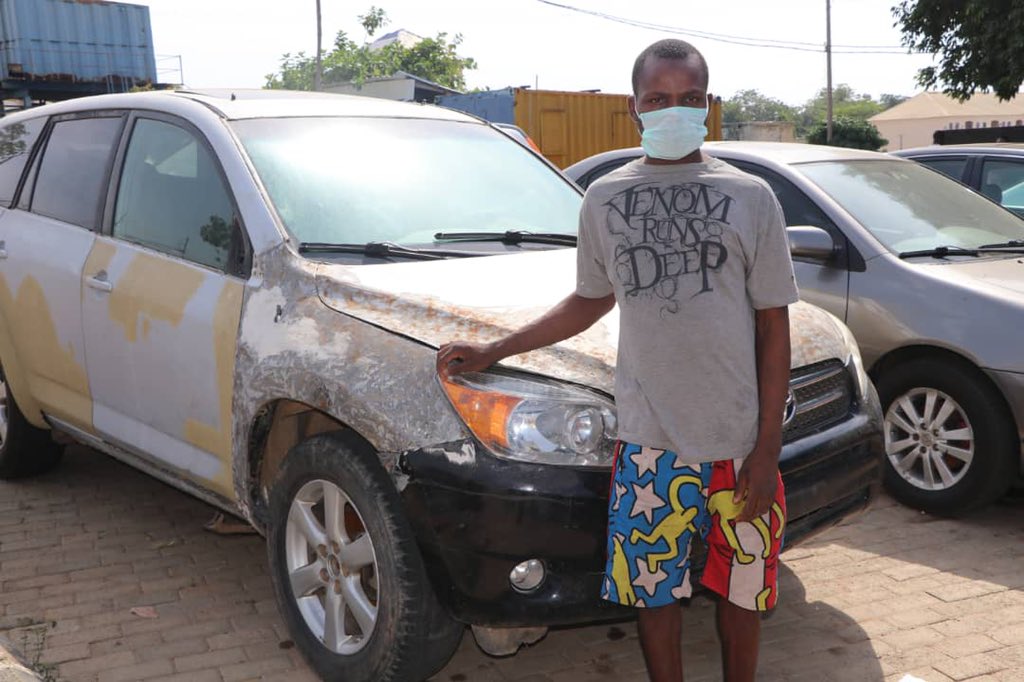 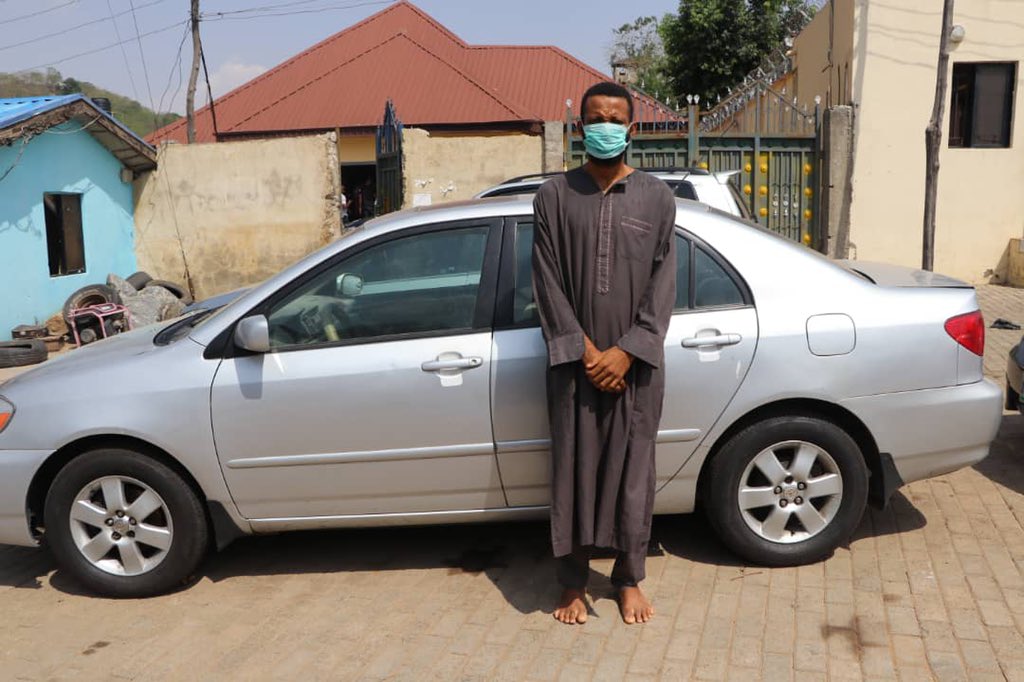 A statement signed by the Police Public Relations Officer, ASP Yusuf Mariam, revealed that the suspects were arrested during different coordinated intelligence operations by the Command’s Anti-Car Theft Unit.

One of the suspected car snatchers
“Relatedly, Police Operatives from Kubwa Division arrested a four-man robbery gang along Kubwa Garden, the suspects are: one Abubakar Isa ‘m’ 20years, Abdullahi Abdul 23years and Mubarak Usman ‘m’ 25years, all male were arrested after robbing their victims, however, one of the suspects sustained gunshot injuries in his bid to escape arrest and was taken to the hospital where the doctor confirmed him dead while receiving treatment.

“The suspects stated that they are responsible for terrorizing Kubwa axis. Exhibit recovered: three (3) cutlasses, one (1) dagger, one (1) cutter, two (2) Laptops, nine (9) mobile phones, two(2) plasma TV and jewelry. An effort is in top gear to arrest the fleeing suspects.”

The PPRO revealed that the suspects will be arraigned in court upon the conclusion of investigation.