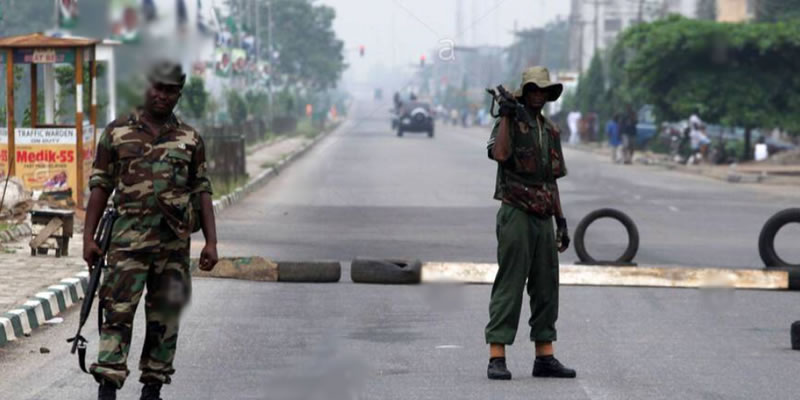 According to reports, the gunmen arrived at the checkpoint in a white bus and as the military men stopped them for a search, they opened fire on them. The gunmen thereafter carted away the rifles of the deceased military men.

“It’s a very sad situation here. They said it was people suspected to be gunmen, who came to the checkpoint at Timber Shade (boundary Ehugbo and Amasiri) in white bus.

As usual, it appeared the military were checking them and all of a sudden, they opened fire on them. Two of the military men, a man and woman, died. Others ran away.

The area is as quiet as the graveyard. These bordering villages used to be very busy and people here are farmers and traders. But the moment that happened, people started going home. Nobody is seen outside as I speak to you. Every place is calm. There is fear here now. The world is about to end,” a resident said.

The Military is yet to comment on the recent development.