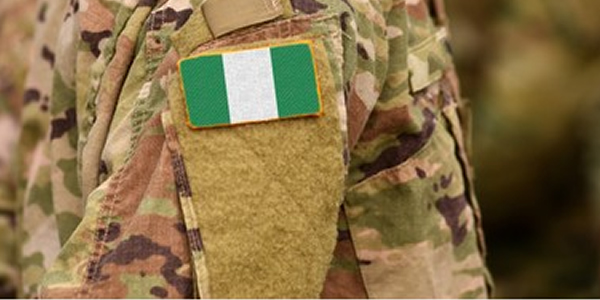 A lance corporal of the Nigerian Army has exposed some suspected kidnappers, who approached him to purchase an AK-47 rifle at the rate of N1 million in Ogun state.

It was gathered that that the soldier (name withheld) is attached to the Alamala Barracks, along Ayetoro-Abeokuta road, Ogun State.

According to DAILY TRUST, on April 7, “some Fulani boys” met the said soldier, telling him they needed the rifle for kidnapping purposes.

The soldier was said to have asked the kidnappers to meet him the following day, saying he would connect them with a vendor.

Unknown to the kidnappers, the soldier immediately reported the incident to the Divisional Police Officer of Ilupeju division in Abeokuta North.

On the strength of the report, the DPO was said to have mobilised and led a synergised team of policemen from the Ilupeju and Lafenwa divisions as well as men of the OPC and So-Safe Corps to the Rounder area of Abeokuta, where they waited several hours for ‘the intending gun buyers’.

The DPO had pretended to be the vendor of the AK-47 rifle when the suspected kidnappers finally showed up.

In their negotiation with the police officer, who had pretended to be the AK-47 supplier, the kidnappers offered to pay a sum of N1 million.

However, the men reportedly brought out N200,000 as part payment, promising to pay a balance of N800,000 by 8am the following day.

In the process, they were rounded up, arrested and later transferred to the state criminal investigation department, Eleweran, Abeokuta.

The Ogun State Police Public Relations Officer, Abimbola Oyeyemi, who confirmed the incident said the suspects are still being investigated to ensure the arrest of other accomplices.