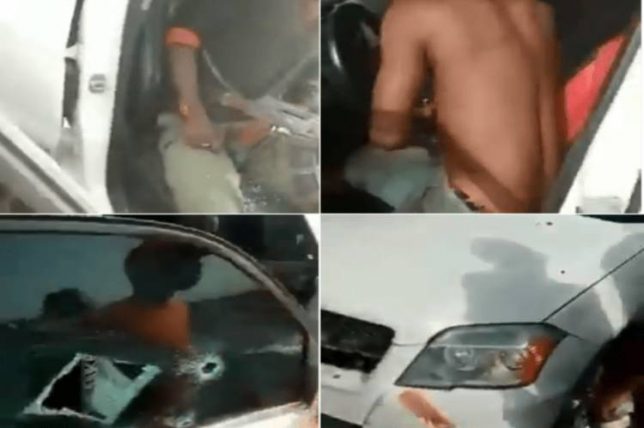 The traditional leader of Orhuwhorun Community in Udu Local Government Area of Delta State, High Chief Ighohwo Takerere said his son’s killers targeted him thinking he was the one in the car they shot at.

The monarch stated this while the police paraded some suspects, who allegedly killed Prince Eric Takerere, and his police escort in Warri.

Eric was the son of the Ovie of the Urhumwhorum Kingdom in the Udu Local Government Area of the state, Ighowho Takerere.

The monarch said, “My son drove in my car to a party with riot police escort; unfortunately, the hoodlums shot the two of them dead.

Parading the suspects alongside 80 others for various criminal offences, including kidnapping, armed robbery, murder, rape, stealing and cultism, on Tuesday at the command headquarters in Asaba, the Commissioner of Police, Mohammed Ali, encouraged the officers and men to maintain and sustain the tempo in the fight against criminals in the state.

He said, “As a follow-up to the case of robbery and murder of one Eric Tekere, and his police escorts and the attempted murder of Franklin Tekere in Warri on April 3, 2021, based on intelligence gathered, concerted efforts from the police and military led to the arrest of one Augustine Osiebe, 33; Ovie Makaji, 35; Wisdom Michael, 27; and Jonathan Tuoyo, 27.

“The suspects were arrested last week in Warri and confessed to the crime and other crimes, which include robbery at the Udu Microfinance Bank.

“Based on their confession, the police on Saturday arrested one Ogboru Glory, 29; Peremobower Omoni; and Imoniwvie Sunday, 21, behind the NTA, Asaba.”

Ali said Ogboru was the gang leader, who procured and supplied arms to the gang.

According to him, the gang leader led team of the SAKCCS operatives to Abraka, where the other suspects were apprehended.