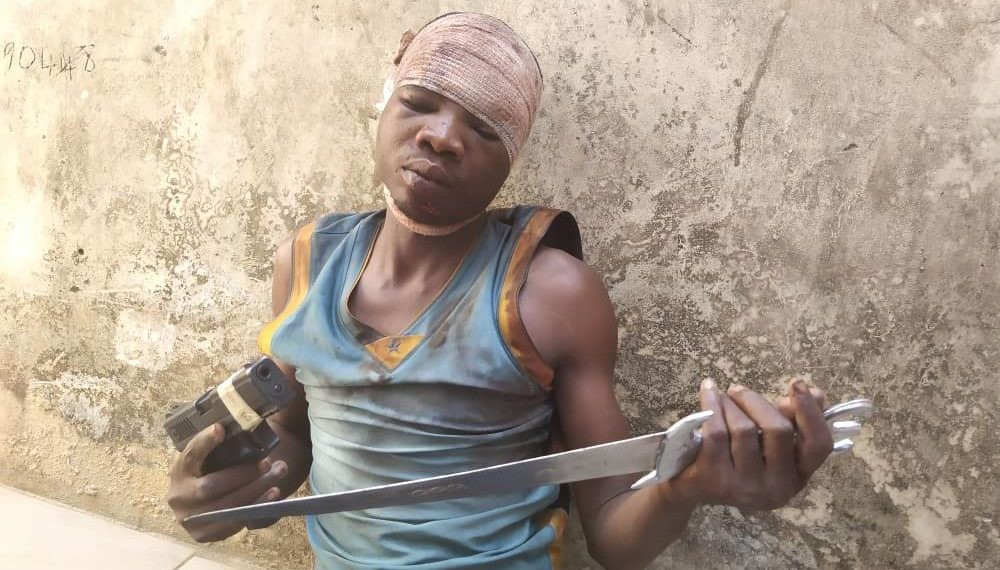 Two robbery suspects were lynched by a mob in Yamadawa Quarter in Gwale Local Government Area of Kano State, for allegedly attempting to snatch a car on Wednesday May 5.

It was gathered that the suspects identified as Abdullahi Isma’il, 24, of Sani Mainagge Quarters, in Kano metropolis and Abubakar Hussain, 24, of Kankara LGA, Katsina State, allegedly made their move while residents were breaking their Ramadan fast Wednesday evening.

It reportedly drew the attention of some residents who raised an alarm.

The robbery suspects were apprehended after the area was cordoned off following the alarm raised. Isma’il however died from injuries sustained from the lynching.

The State Command Police spokesperson, Abdullahi Kiyawa said; “A pistol and a knife were recovered from them. Suspects sustained various injuries on their bodies and were rushed to Murtala Mohammed Specialist hospital Kano for treatment. But Abdullahi Isma’il was confirmed dead by a medical doctor.

“The State’s Police Commissioner Sama’ila Dikko, has ordered that the case be transferred to the Criminal Investigation Department of the Command for discreet investigation.”