One dead, vehicles destroyed as hoodlums clash in Lagos 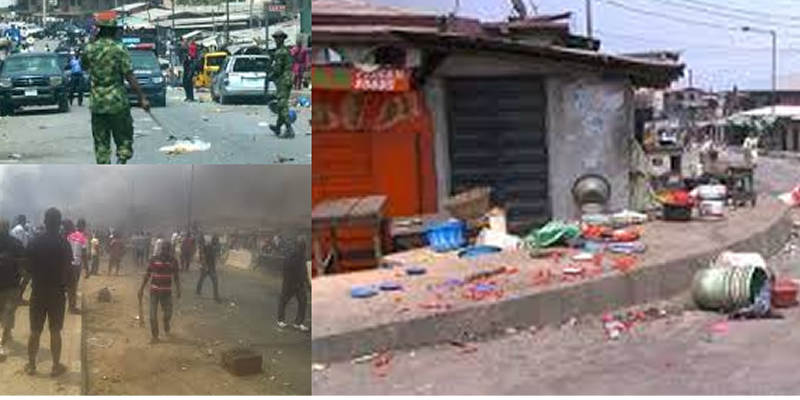 One person was killed on Thursday following a clash between some Hausa and Yoruba youths at the Gengere area of Mile 12, Lagos State.

It was gathered that a Hausa porter, Aliyu Shuaibu, had allegedly stabbed a Yoruba porter, Sadiq Oloyo, after an argument ensued between them over who was to carry goods for a customer in the market.

Following the death of Oloyo, his colleagues went on a reprisal, which led to the destruction of vehicles in the area, as some of the hoodlums also robbed passersby and commuters, The PUNCH reports.

Motorists and passengers trapped in traffic were said to have abandoned their vehicles on the road and fled for safety. 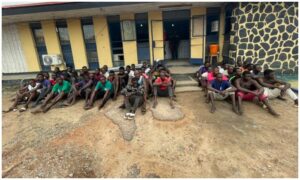 According to a trader, who identified herself as Mrs Adekoya, the fracas was between Hausa and Yoruba youths.

“We were already in the market when we heard gunshots and a noise at the back of the market. We got to know that one of the Hausa boys killed a Yoruba porter and the groups started fighting one another.

“We thank God that they were unable to enter the market, but I learnt that they destroyed people’s vehicles and robbed those that could not run. It was a scary scene this morning,” she said.

A motorist, who spoke on condition of anonymity, said “I was on my way to work when I escaped mugging. Those boys were robbing vehicles and passengers at Mile 12 and the police were there. The boys were many and had a field day; all of us had to park our vehicles and run.

“My vehicle and other vehicles were destroyed by the time we got back after the police came to intervene; almost everybody lost one thing or the other.”

A market women, identified simply as Mama Temilade, said she was on her way to the market but had to turn back for fear of being caught up in the fracas.

The state Police Public Relations Officer, Olumuyiwa Adejobi, in a statement on Thursday, said 48 suspects had been arrested.

Adejobi noted that the Commissioner of Police in the state, Hakeem Odumosu, had ordered that the suspects be prosecuted and more policemen deployed in the area.

“In the course of investigation, it was discovered that one Aliyu Shuaibu, stabbed one Sadiq Oloyo, both of Gengere community, and the victim lost his life before any medical attention could get to him. As a result, some hoodlums, on reprisal, went on the rampage and caused a commotion in the area,” he said.