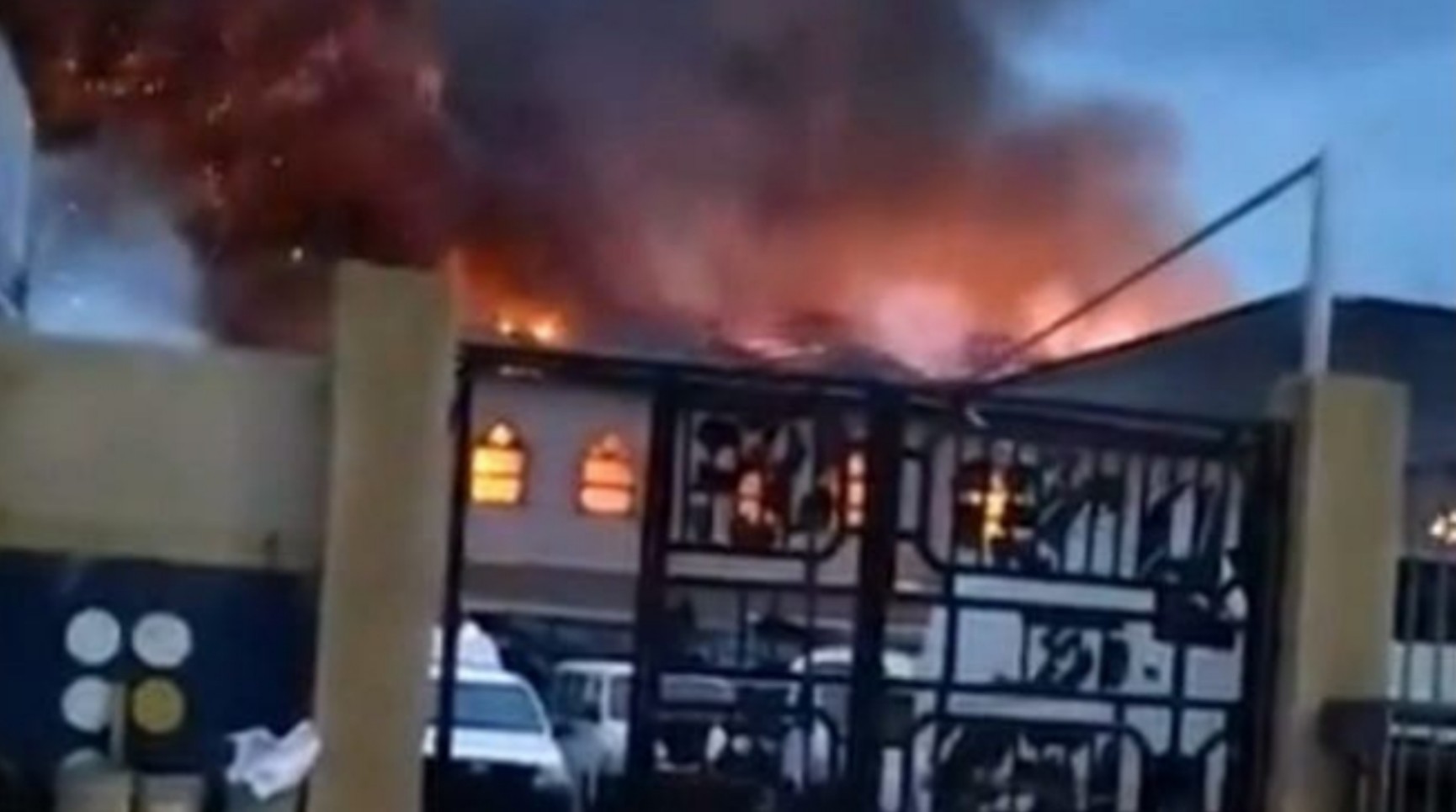 The Redeemed Christian Church of God in Ketu, Alapere, Lagos catched fire in the early hours of Sunday.

Meanwhile, the lagos State Commissioner of Police, CP Hakeem Odumosu, on Sunday, ordered investigations into the cause of the fire incident.

The Spokesperson of the Command, CSP Muyiwa Adejobi said the CP has ordered Lagos State Fire Service to commence an investigation into the incident.

The CP also ordered the Divisional Police Officer in the area to ensure security of lives and property in the affected area.

The CSP said there was no loss of life at the scene.

The fire outbreak occurred at about 6.15 am, leading to the loss of several cars, electronic gadgets, electrical appliances, furniture, and musical instruments were lost to the inferno.

It was gathered that some early risers were trapped in the incident but were later rescued by sympathizers.

Heaven not sure for non-soul winners, says Adeboye

Though no life was lost in the incident, several properties worth millions of naira were reportedly destroyed in the inferno.

The Director of Lagos State Fire and Rescue Service, Mrs Margaret Adeseye, who confirmed the incident said that a distress call was received in the morning.

According to her, on arrival at the scene, it was a fire met well alight at the auditorium, and contents there were torched by the inferno which spread but was curtailed from affecting the upper floor and adjoining buildings.

She further explained, though, investigation was ongoing, there was no record of injury nor death just as the curse of the fire remained unknown.

Nigerian Policemen from Ogudu Division and Lagos State Emergency Management Agency, LASEMA, officials were on ground to complement the efforts of the state fire rescue service, she added.

The situation was later brought under control as the fire had since been quelled.