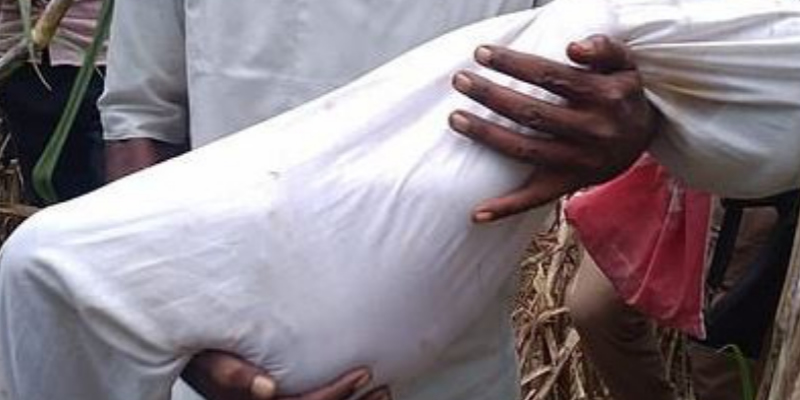 A woman identified as Favour Oko, from Ugwuegu community in Afikpo North local government area of Ebonyi state has killed her three-year-old stepson.

The 28-year-old woman, who has been arrested by the police said she killed the boy because of the treatment she suffered in the hands of her husband and  co-wife.

“The police have also arrested a 28-year-old woman, Favour Oko, from Ugwuegu community in Afikpo North local lovernment area, who allegedly killed her co-wife’s three-year-old son because her husband no longer gave her attention since he married the mother of the boy.

“She actually said the aim of killing that innocent child is because of the treatment she suffered in the hands of her husband and her co-wife,” Odah said.

The deceased were said to have blindfolded with ropes tied to their necks, when their decomposing bodies were exhumed by the police.

They were allegedly abducted and buried alive inside Uduku Igbudu forest by seven people, among which two native doctors have been arrested by the police.

The native doctors – Nwali Nwankwo and Rose Godwin aka Mama Ogwu – allegedly abducted the two young men on April 12 to pressure their relatives to withdraw a case in court, involving their boys. Investigations showed that native doctors’ boys were earlier arrested by the police over the missing of some members of the community, who allegedly visited their shrine.

According to the police spokesperson, preliminary investigations revealed that the native doctors would have buried four people alive but two managed to escape. She said: “Two persons out of the people abducted escaped.

“We have been able to find out that these two victims, Nwoba Chukwuemeka and Nkwuda Ndubuisi Silas, have been killed in a shallow grave. We went with experts and they have been exhumed and investigation is still ongoing.”

“When the remains of the victims were exhumed, they were blindfolded while ropes were tied to their necks. An autopsy had been conducted on them to ascertain how they were killed.”