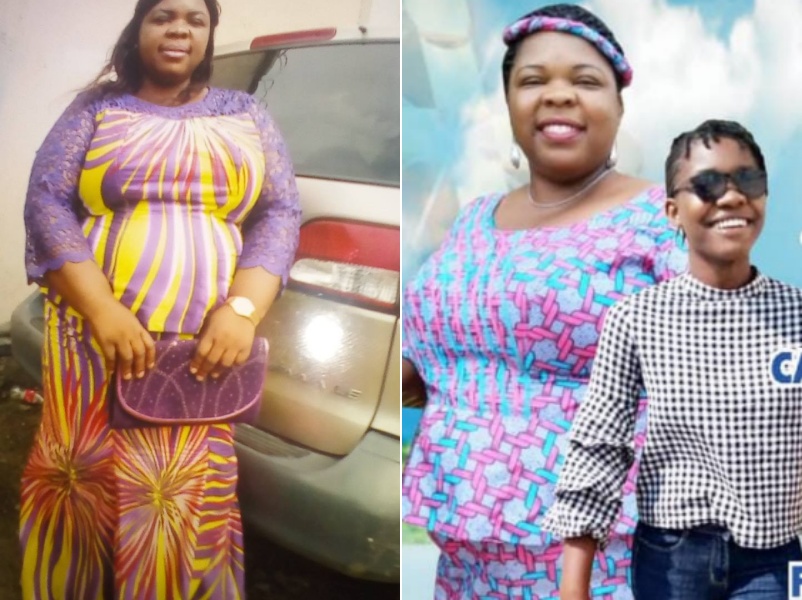 Amaka Okeagu, a Facebook user, who shared the story online said the mother came back home from school and found the young man she shared her flat with, attempting to rape her daughter.

When the Nkechi raised an alarm, the suspect grabbed a hammer and hit her on the head before turning to Ifunanya. He ran away after the incident.

It was gathered that the suspect was later arrested and allegedly confessed to the crime.

Nkechinyere died on the way to the hospital while her daughter passed away a day later, March 31.

Mother and daughter will be laid to rest on Friday, June 4, 2021, in their hometown, Umuonaga village Awka South Local Government Area of Anambra State.

Nigerian woman allegedly assaulted by her Italian boss after she…

“Nkechi,Last month u came back from school very healthy and cheerful,, entering into your apartment,u heard your daughter who was then preparing for her SSCE exams struggling wt a young man u shared your flat with,he wanted to rape your daughter .

Immediately he heard your voice, he quickly picked hammer nd hit on your head nd returned same to your girl,then ran away,U died on the way to hospital while your daughter died two days ago.

You left your aged mother ,your husband nd your two beautiful girls. Thank God that he has confessed and I believe that God will reward him accordingly..Rest in peace my beautiful school daughter. Rest in peace Ada Agaba Police. Rest in peace beautiful Queen with a humble Heart. May you and your daughter find peace with your Creator. Amen. ” 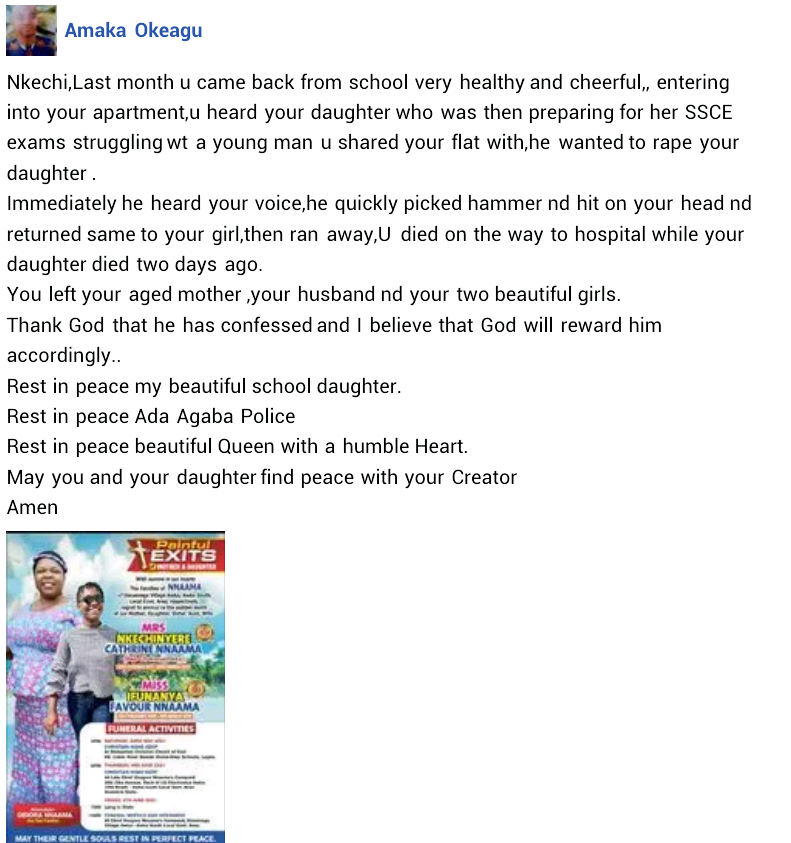 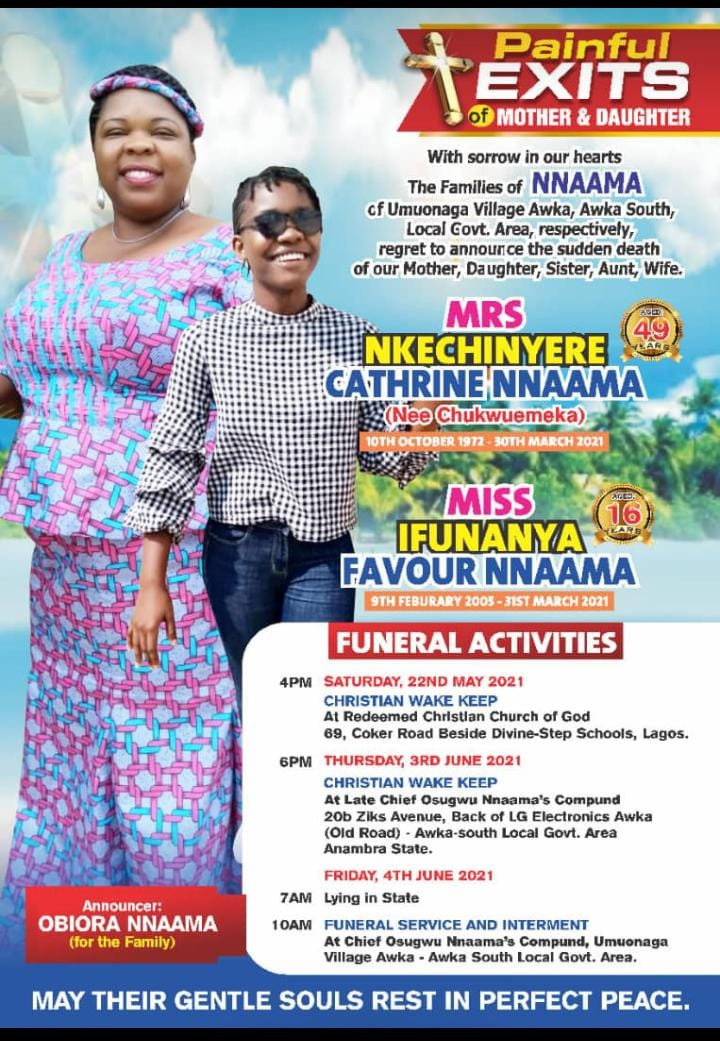