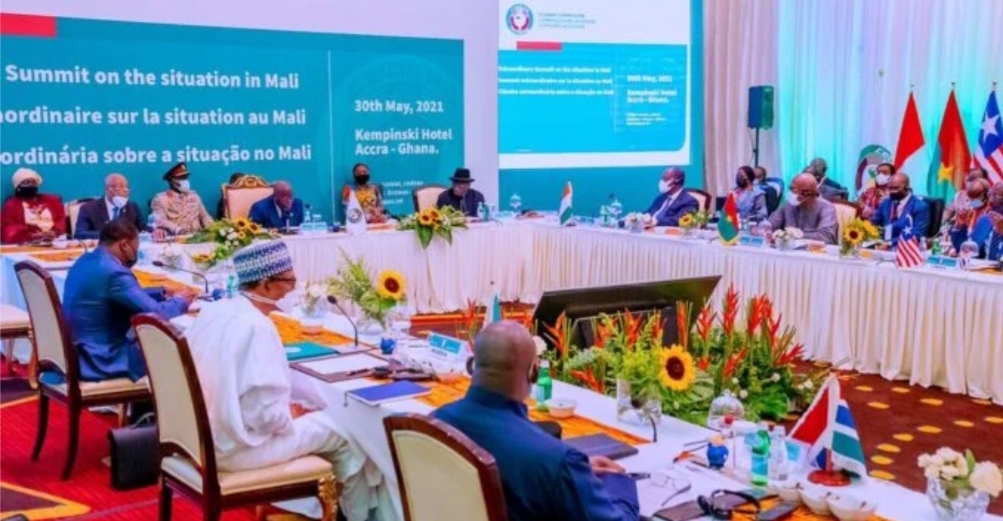 Mali has been suspended by the Economic Community of West African State (ECOWAS) following two military coups which happened in the country within nine months.

This decision was collectively reached by presidents/head of states at the ECOWAS emergency summit in Ghana on Sunday.

According to Shirley Botchwey, Ghana’s foreign minister, the decision to suspend Mali was to ensure the return of democracy.

“The suspension from ECOWAS takes immediate effect until the deadline of the end of February 2022 when they are supposed to hand over to a democratically elected government,” Botchwey said.

“One of the decisions of the heads of state is that they should ensure that in the next few days a civilian prime minister is put in place to form the next government.”

Bah N’Daw, the interim president, and Prime Minister Moctar Ouane were last week detained at a military base in the wake of the coup.

N’Daw and Assimi Goita, leader of the military junta, were appointed to oversee an 18-month transition after which national elections will be conducted.

The military junta had come under pressure from leaders of ECOWAS to return power to civilians following the August 18, 2020 coup.

ECOWAS had also imposed sanctions on Mali after the coup.