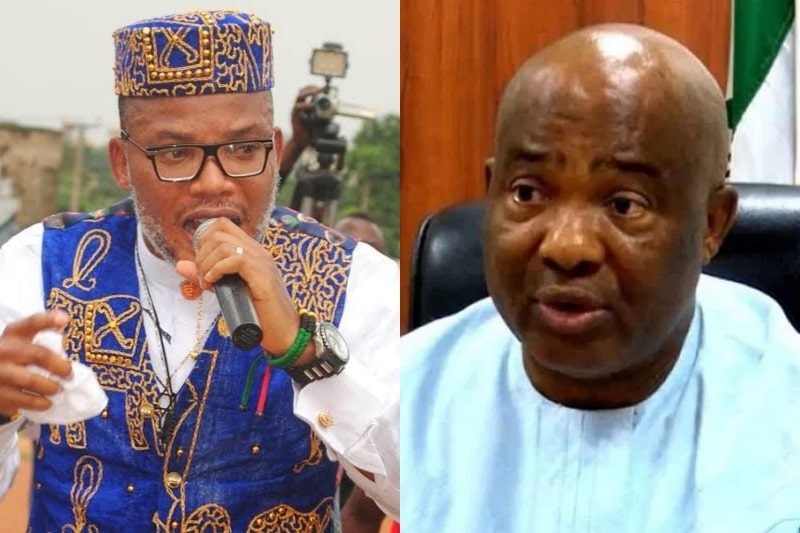 Leader of the Indigenous Peoples of Biafra, IPOB, Mazi Nnamdi Kanu, has commended South-East governors except Hope Uzodinma of Imo state for taking some proactive actions in achieving a sit-at-home compliance in memory of Biafra Day celebration.

WITHIN NIGERIA recalls that Kanu had ordered a sit-at-home to mark this year’s Biafra Day and in honour of all those killed in the struggle for Biafra independence since 1966.

Kanu in a live broadcast on Monday morning hailed the courage of Governor Willie Obiano of Anambra state for building a cenotaph in memory of fallen Biafra heroes.

He also commended Governor Ifeanyi Ugwuanyi of Enugu state for releasing members of Zionist Biafra group crammed into detention for some months now.

The IPOB Leader also saluted the boldness of Governor Okezie Ikpeazu of Abia state in “speaking truth to power” when he declared on Sunday night that Abia traders would not be forced to open their shops today (Monday) if they chose not to do so.

Similarly, Kanu grudgingly commended the decision of Governor Dave Umahi to rescind his earlier threat to seize the shop of any trader in Ebonyi that closed shop because of the sit-at-home order.

Kanu said that “for the first time” the governors had behaved in a manner that won his admiration.

Kanu called for unity among Ndigbo and other indigenous tribes that make up Biafra republic, saying that unity of the people is Nigeria’s greatest nightmare.