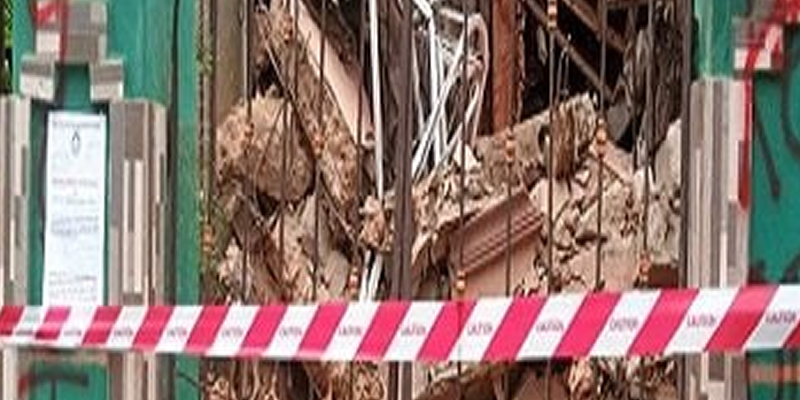 Family of five escapes death as building collapses in Anambra

One Mr Augustine Ikeji and his four children escaped death on Wednesday night following the collapse of a two-storey beside their residence in Anambra State.

Ikeji, told The Nation that “The debris fell on me and four of my children while we were sleeping in our room close to the collapsed portion of the building.

“Some of my property were destroyed including my wares, while my kids sustained varying degrees of injury and were later rushed to the hospital,” he said.

Another resident, who preferred anonymity, blamed the collapse on the use of inferior building materials by the developer.

IPOB can’t achieve Biafra because of Igbos’ investment in…

He said: “Though the owner may have gotten approval more than fifteen years ago, the structure was substandard and did not meet the building standards.

“Despite efforts by the agency to make the owner stop work, he went ahead to build at night with substandard materials which led to the total collapse.”