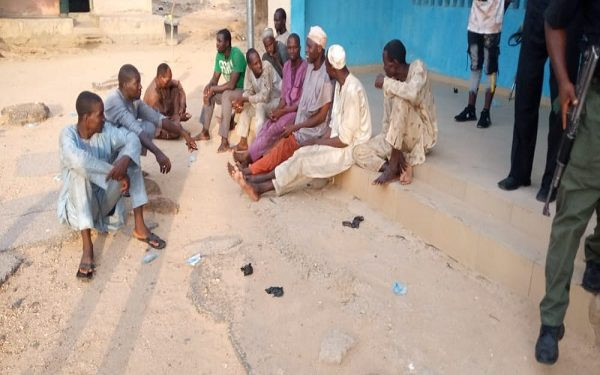 11 kidnapped victims abducted at Wanzamai village, along Gusau – Zaria Road in Tsafe LGA of Zamfara State last Thursday, June 3, have been rescued by Operatives of the Nigeria Police Force.

The spokesperson of the state command, SP Muhammad Shehu, while disclosing this to newsmen on Monday, June 7, said the victims, who are indigenes of Katsina State, were abducted by suspected bandits while they were coming back from trading activities in Gummi LGA of Zamfara in a J5 Bus Reg. No. DMS 06 XA.

He said the victims were taken to the forests by their abductors when the Police operatives in Collaboration with the State Government Peace Committee and some repentant bandits rescued all the victims hale and hearty.

Shehu added that all the kidnapped victims were medically checked by a medical team before being debriefed and reunited with their families.