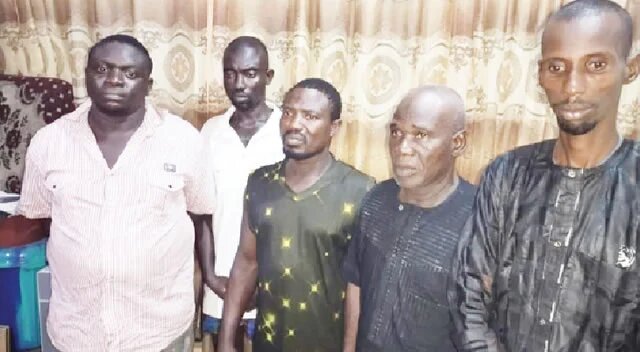 A 27-year-old kidnap victim, Jeffrey Emekume, has been rescued by the police in the Abraka area of Delta state.

Edafe disclosed that information got to the Divisional Police Officer, Sapele Division, that Emekume was kidnapped on the Eku-Abraka Road while driving his Lexus SUV with number plate RSH 716 AX, with the abductors making a U-turn and head for the Sapele Road.

He added that the DPO swiftly led crack teams into the bush and the hoodlum, who could not withstand the relentless effort of the police, abandoned the victim and fled, while the victim was rescued and his vehicle recovered.

He said efforts were ongoing to track and arrest the fleeing suspects.

The police spokesman revealed that the three suspected kidnappers, who were earlier beaten by a mob at the Oghara junction, were pronounced dead at the General Hospital, Oghara, on Monday.

Similarly, the police have arrested five suspects, who allegedly specialised in vandalising oil pipelines at the Ogulagha Dried Land and seized a lorry with 170 pieces of six-inch pipes.

The five occupants of the lorry, Lukeman Jimoh, 40; Shola Bimigo; Yahaya Ikane, 55; Ebi Yeregha, 41; and Lawal Aliyu, 35, were arrested, while the lorry was impounded.