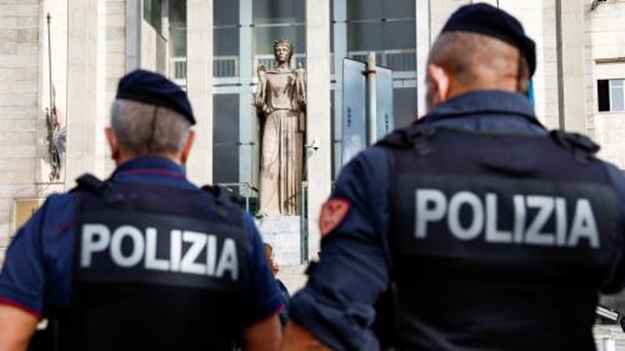 On Friday, a 34-year-old Ghanaian man was captured by the Cabinieri police in Italy’s capital city, Milan for allegedly murdering a Nigerian woman, Tunde Blessing, who was his former lover.

25-year-old Blessing was discovered in a green area next to a road in the Milanese district of Mazzo di Rho, dead on May 12.

It was learnt that the Nigerian lady in April broke up with the suspect after a year-long romantic relationship.

Milan Carabinieri police have placed the man in preventive custody at the order of a preliminary investigations judge.

An autopsy on the woman indicated she was murdered, police said.

Preliminary reports ahead of an autopsy said Blessing might have been suffocated with the long braids of the wig she used to wear, which were found wrapped around her neck.

The coroner advanced the hypothesis of suffocation at the end of the first cadaveric inspection, which would place the death about ten days before.

Earlier, Blessing was reported missing by a friend of hers to the Novara police headquarters.
The woman told the police that she last heard the 25-year-old on the phone around 1 pm on May 3 and that the girl had explained to her that she was in Rho.

Other attempts to get in touch with her had failed, the woman said.

The Italian police had continued to carry out investigations and searches (including in the victim’s home in Novara), and acquire footage from the cameras in the area, and listen to acquaintances and possible witnesses.

The 25-year-old’s cell phone was not found.

Her body was dumped in a countryside area where sex workers stay.

Some Italian media characterise the victim as a sex worker. The man has not yet been named.