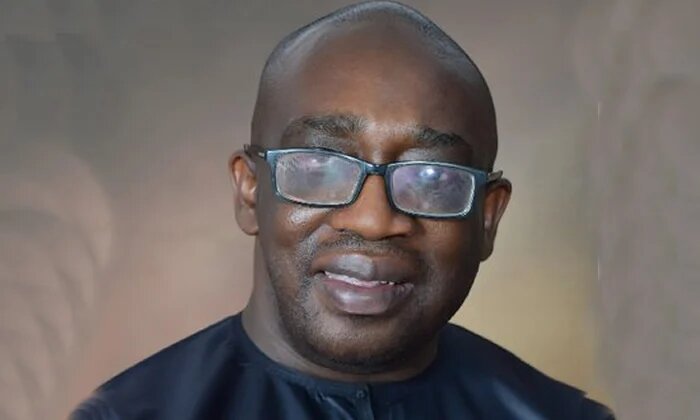 Kudirat: She was reading the Qur’an when she was shot and her blood spilled on it – Jamiu, MKO Abiola’s son

Jamiu Abiola, a son of the late Chief Moshood Abiola and Mrs Kudirat Abiola, who was assassinated on June 4, 1996, said his mother was reading the Qur’an when she was shot and her blood spilled on it

He told PUNCH how his family is honouring her memory 25 years after she was killed during the military regime of the late General Sani Abacha.

You just started a foundation in your mother’s honour 25 years after her death. Why is this the right time?

Yes, I did and this is the right time for so many reasons. The Kudirat Abiola Sabon Gari Peace Foundation is being established at a time when Nigeria needs peace more than anything else. There are so many forces trying to break the country. This is ironic because we live in a world where advanced countries are keen on coming together. Lack of accurate information has generated false perceptions and suspicion, which is the source of continuous avoidable conflicts. Our foundation will tackle this void by being actively involved in conflict resolution so that these agitators can have a rethink and retrace their steps.

Having just marked the 25th memorial, do you think your mother has been given her due recognition by the government as your father was very recently?

The government named her a martyr of Nigeria’s democracy in the Women Hall of Fame. I am hopeful that more will be done for this young woman who gave up her life and her children for Nigeria to be a democratic country. It is only when such people receive their well-earned recognition that others would be encouraged to go the extra mile for Nigeria. Nigeria needs many more people like her in order to be great again.

Considering her fight for democracy during one of the most difficult times in Nigeria’s history, what are some lessons the country can learn today?

The biggest lesson to learn from her struggle is that we are all going to die one day. So bearing this in mind, try to be as good as you can and as selfless as you can. Some other people died in that period and the legacy they left behind is horrific. My mother could have sold out on the struggle and today be living like a queen shuttling between Europe and Africa. The Abacha government offered her so much but she chose the right path for her country and herself in the hereafter. If only 30 per cent of the Nigerian elite were like her, this country by now would have been singing a different tune. Eventually, we will be forced to learn the hard way if we choose to remain mute, which is what is happening now.

What are your thoughts on the state of democracy in Nigeria with regard to the calls for restructuring?

The calls for restructuring are loud but what I think its advocates should do is to at least recognise that a form of restructuring is actually taking place today. As you know, the Federal Government is promoting judicial and local government autonomy. To me, these are steps that should take place before a country can be ready for restructuring. With regard to the state of democracy, I think that the burning of offices of the Independent National Electoral Commission has put it in danger. There is a plan to ensure that no voting takes place in certain parts of the country.

Can you recount the moment she was murdered and how that impacted you?

When it happened, I was living in New York (United States). I received a call around 6am, New York time, and the wife of my father’s American top aide told me what had happened. After hearing the news, I experienced what can be described as the longest day of my life. Its impact was as devastating as a nuclear bomb would have been if it had fallen on my head. But as luck would have it, four of my siblings were in the US, so within 15 hours, we were all assembled in Virginia. This helped mitigate the disastrous effect as we were able to pick up the pieces as a team. That was when we took a vow to never let the world separate the seven of us.

How did your father cope with her death?

There is no way we would have known then, but just one day before he died, the military government of Abdulsalami (Abubakar) allowed some of his family members to see him. My brother and I had come 39 days after my mother had died but Abacha refused to let us see him. We even went to General (Oladipo) Diya, who was Abacha’s deputy but he said getting involved would make Abacha think he was on our side. After my father’s death, though, we learned that he greatly suffered from what had happened to my mother. He spoke of some people giving him a newspaper article featuring details of her death and leaving him alone to console himself. In one of his letters, just before his death, he named her the ‘Mother of June 12.’

Do you think the trajectory of the nation would have changed significantly with your father assuming office as President in 1993?

Yes, but not because he was a superman but because of that period. That was an era of global growth, a sort of golden age. His tragedy was a missed national opportunity because even a mediocre democratic government at that time would have flourished. Aside from that, we never link things together in Nigeria. To date, lots of people think my parents struggled because they were ambitious. But when you look at how much the transition had cost at that time and what would have happened if that wasted money was put into agriculture three decades ago, then you would know that these misguided elements causing so much havoc in Niger State, for example, would have been legally engaged in something long ago. Most of the havoc today can be directly traced to the annulment of June 12 and the murder of my parents.

Those who were convicted for your mother’s murder in 2012 have since been acquitted by an Appeal Court. How did that make you feel?

In most cases, being disappointed is as a result of expecting so much. After what had happened to my parents, I did not really believe in the system of this country. So, I was not so devastated, but the worst point was that my mother’s death was used as a bargaining tool to recover looted funds as if what had happened to her and her children was not bad enough.

The Lagos State Government has approached the Supreme Court to overturn the Appeal Court verdict on your mother’s death. Do you have hope that there will be justice?

There will be justice because God never forgets. I don’t know whether it will come from the Supreme Court, though. She was reading the Qur’an when she was shot and her blood spilled on it. God will certainly bring these people to their knees and make them regret.

Lateef Shofolahan had argued that none of your mother’s children could identify him as a domestic staff, so he couldn’t have been working for her at the time she was killed. What do you say to that?

Most of us were in the US and the ones who should have been able to recognise him were just eight and nine years old when our mother died. He was not a member of the domestic staff because he was employed in the campaign office. It was later that he began coming to the house.

What will it take for your family to find closure on the matter of your mother’s assassination?

It would be nice if these criminals could be made to pay for their crimes. However, we have moved on. Why should we let such hopeless people hold us down?

What are some things you can point to as your mother’s lasting legacy?

Her lasting legacy was fighting for justice and relief for the poor and weak. The night before her murder, she was distributing foodstuffs at an orphanage and when she got hit, she was reading the Qur’an. What a wonderful way to exit this world. My sister set up the Kudirat Initiative for Democracy to empower women and, now, I have set up the Kudirat Abiola Sabon Gari Peace Foundation. She might be dead but her vision lives on. So, it is true that a person can be killed, but certainly not the person’s soul or vision.