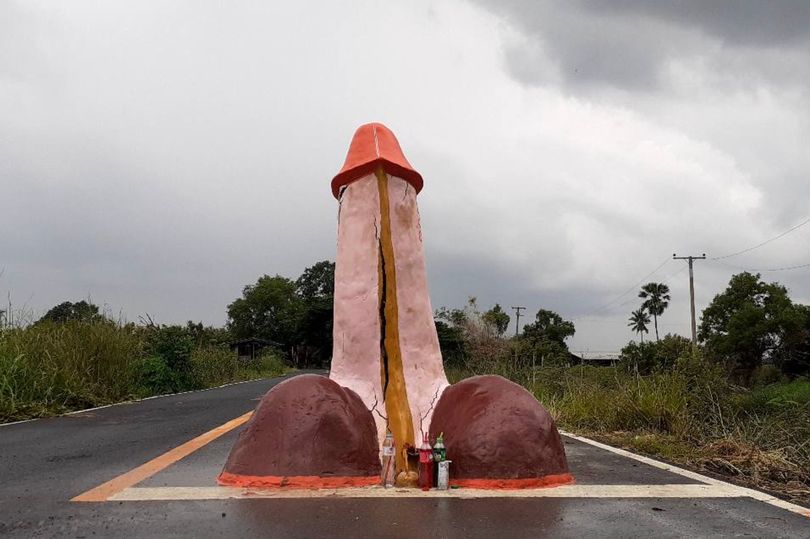 Villagers in Yothaka, in Thailand’s Chachoengsao province, ended a period of drought by building a giant erect penis statue.

Farmers in the area had been concerned that there hadn’t been enough rain recently and that water from irrigation canals was too salty and had been damaging crops.

To call forth the rain, a giant penis statue, or “Palad Khik”, was erected on Jun 9.

This week, local village headman, Chamnan Kenthongdaeng, 52, told a press conference that on June 11, just two days after the giant penis was installed it had started raining, with a shower that lasted about half an hour.

Koson Samang, the headman of a nearby village, had made a video of the rain as proof. 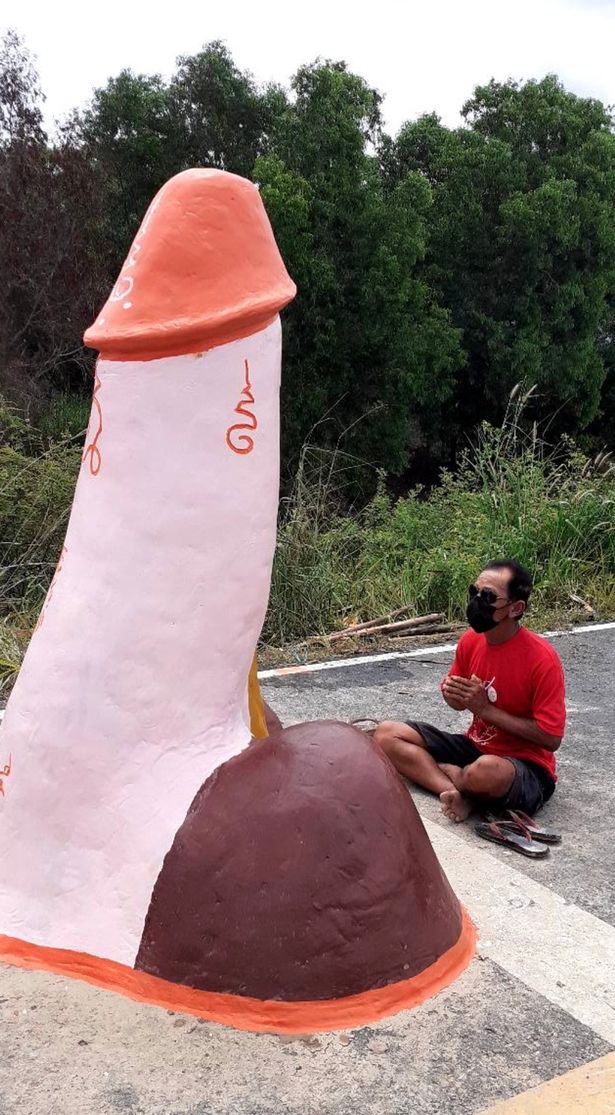 However, local farmers complained that the brief shower hadn’t been long enough to irrigate their fields.

Chamnan 52, promised that prayers to the phallus will continue.

He told Pattaya News that erecting a Palad Khik, representing fertility and new growth, was a local tradition going back decades, to the time of his grandparents.

Chamnan said that the giant penis, built in the middle of the road, wouldn’t cause any problems with traffic, because it was built on a cul-de-sac. 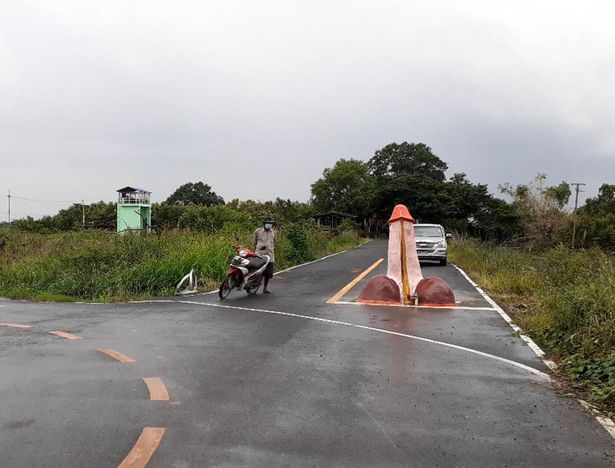 “It will be removed as soon as the seasonal rain comes,” he promised.

Meanwhile, local residents are being encouraged to pray to the gigantic penis and leave small offerings.