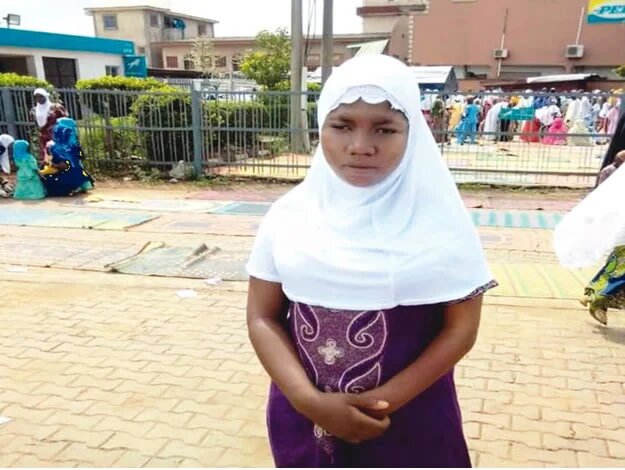 An 18-year-old girl, Nofisat Titilope, has been declared missing after she left her coaching centre to visit her male friend, identified simply as Opeyemi in the Ikorodu area of Lagos State.

It was gathered that Opeyemi met the victim on her way to the coaching centre sometime ago and allegedly made some prophecies concerning her and later became her friend.

The victim’s step-father, Samsudeen Longe, however, accused policemen at the Ijede Police Station of shielding Opeyemi from being arrested by cops from the Igbogbo Police Station, where he reported the matter.

He said, “I brought Nofisat and her mother to Lagos from Oyo State about two months ago after I got married to her mother. She went for her lesson that day and just before the break period, she left the place to see someone. People around said she called the person on the phone before leaving the centre.

“When we got to know the person she went to meet, one Opeyemi, he confirmed that she came to his house, but left before 2pm and we’ve not seen her since that day. He said they met on her way to lesson and he relayed some messages to her, which came to pass and that was how they got close.

“Nofisat is physically challenged; she’s paralysed in her left hand and right leg and this matter has affected her mother as she has gone back to Saki to find out what’s happening, maybe the girl went back to Saki. She has been there for the past three days to look for her.

“It has affected her seriously to the extent that she is now emaciated and I’m also trying to manage my blood pressure so that it won’t rise, because the matter is a serious issue. We reported the matter at the Igbogbo Police Station and they invited Opeyemi, but the police at Ijede are shielding him, because he has friends among them.

“Opeyemi had gone to meet his friends in the Ijede Police Station to tell them about what happened and since then, whenever the Igbogbo Police Station invites him, the police in Ijede would say the matter was reported to them by Opeyemi.

“Meanwhile, the Ijede Police Station didn’t document Opeyemi’s complaint officially; they told us that he only came to complain and that it was not documented; it was when they knew that we reported at the Igbogbo Police Station that they now documented his complaint. We just want the police to help us find her.”

When contacted, the Police Public Relations Officer, Olumuyiwa Adejobi, said the police were working on the case.

He said, “The matter is being handled by the Area ‘N’, Ijede. It’s not that we are covering the so-called boyfriend; we are looking into the matter and the area commander has been contacted so that they can intensify efforts in coming up with a report on the incident.

“Nobody is compromising on it; the police are not compromising on that. Someone is missing and we can’t toy with such a case; the case is being handled by the area commander and we know he’s going to get to the root of the matter.”