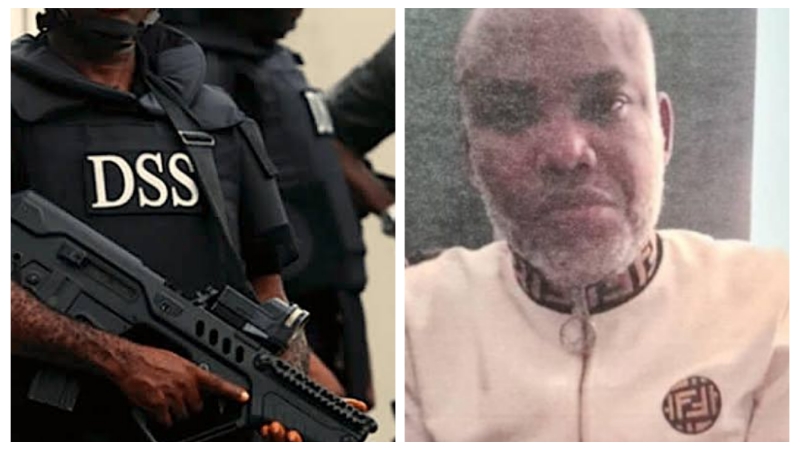 A request made by the Department of State Services (DSS) to remand leader of the Indigenous People of Biafra (IPOB) till July 26 has been granted by the federal high court sitting in Abuja.

The order was granted on Tuesday morning by the court when Nnamdi Kanu was re-arraigned on charges bothering on alleged treason.

The presiding judge, Binta Nyako said he is to be remanded in DSS custody pending the determination of his trial.

Kanu appeared in court without his lawyer or any member of his defense team.

WITHIN NIGERIA had earlier reported that Nnamdi Kanu, the self-acclaimed leader of the proscribed Indigenous People Of Biafra, IPOB, on Tuesday, June 29, opened up on why he escaped from the country notwithstanding the criminal charges of terrorism and treasonable felony brought against him by the federal government.