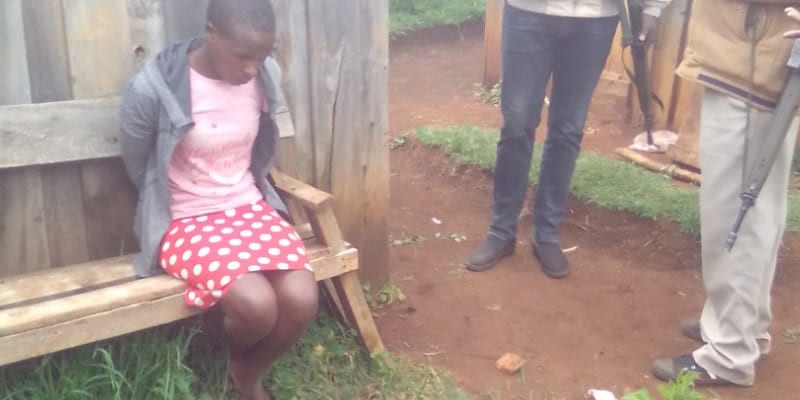 25-year-old woman, Faith Chepkorir has been arrested by the police on suspicion of killing her four-year-old daughter in Tinet, Nakuru county, Kenya.

It was gathered that Chepkorir murdered her daughter and dumped her body in a pit latrine at the Kapno centre in Kuresoi south on Tuesday, June 29.

A village elder in the region, Stephen Korir said the suspect initially denied knowing where her daughter was, but later led the villagers to the site where the body had been dumped.

She allegedly refused to confess to the crime until the body was recovered from the 7-foot latrine.

According to the villagers, the suspect recently separated from her husband due to unspecified family issues. 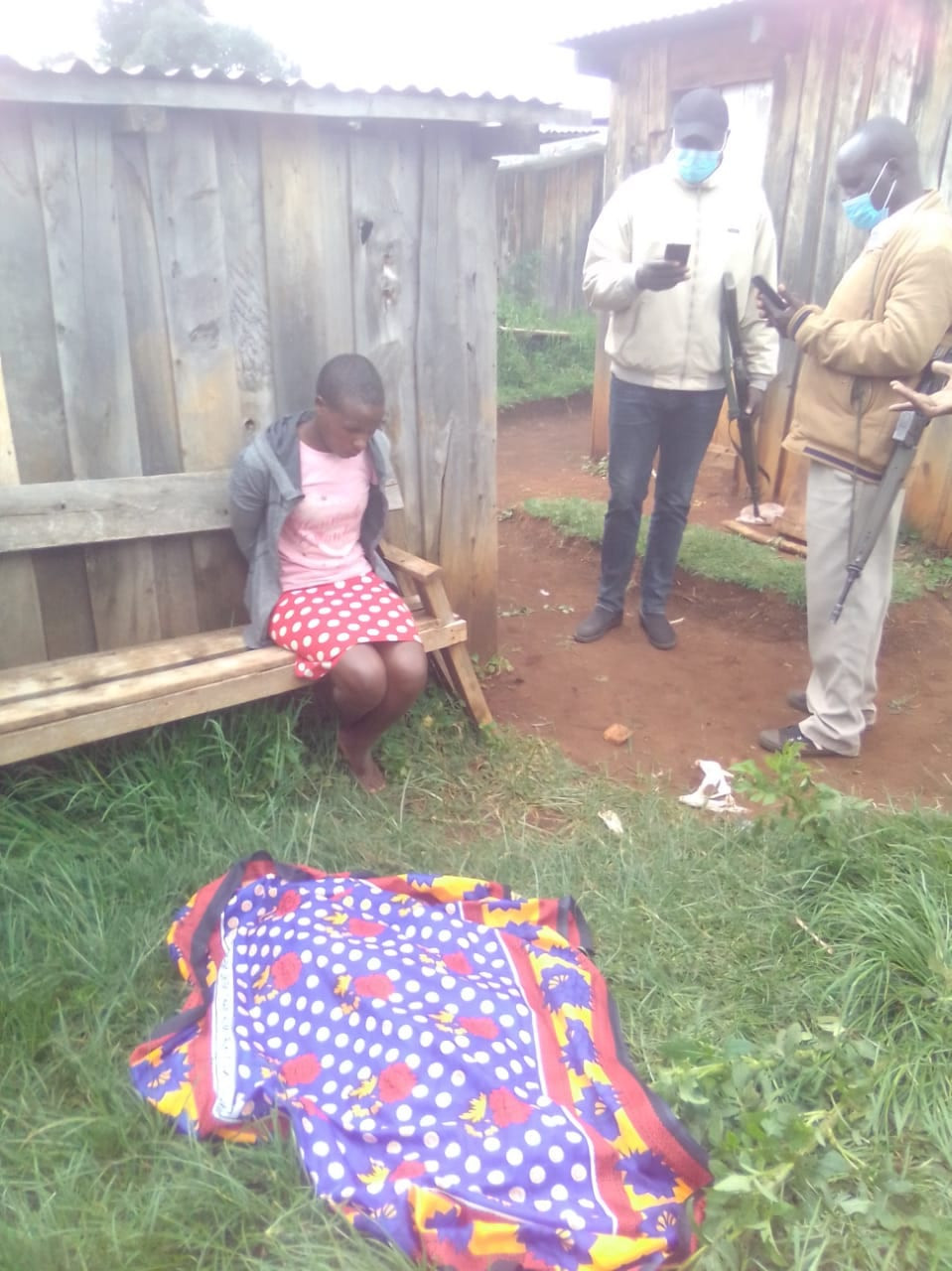 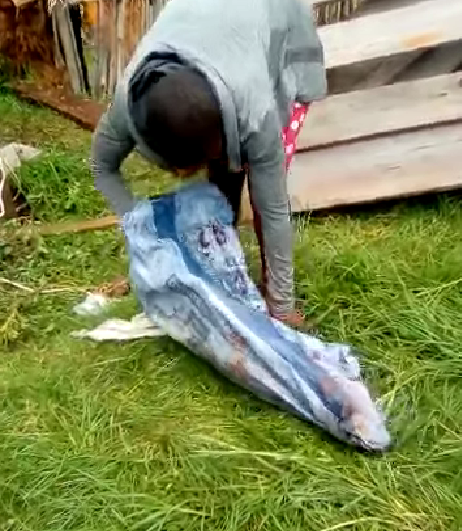 Photos show the suspect with her head bowed and her hands tied behind her back as locals awaited the arrival of local cops.

More photos and avideo posted on Facebook showed woman bringing out the girl’s body from a sack.

The deceased’s body was taken to the Olenguruone funeral home, while the suspect is being held at the Kuresoi police station awaiting her court date.