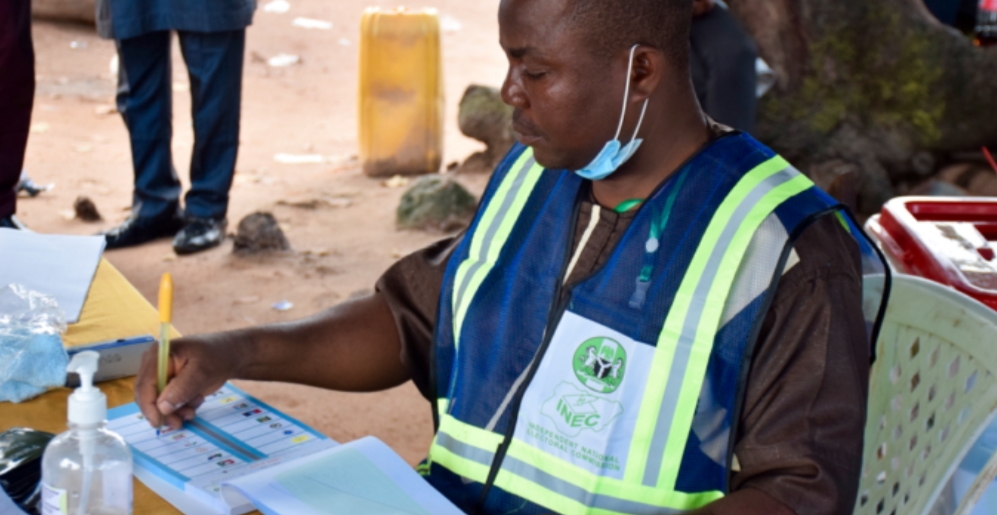 The Nigeria Civil Society Situation Room has expressed their displeasure over some sections of the electoral act amendment bill.

Recall that WITHIN NIGERIA had reported how the national assembly blocked the transmission of election results through electoral means in clause 50(2) of the bill.

In clause 88 of the proposed legislation, the lawmakers also tripled expenses for presidential, gubernatorial, senate and house of representatives elections by about 200 percent.

Reacting in a statement cosigned by Ene Obi; Asma’u Joda and James Ugochukwu, convener and co-conveners of the Situation Room respectively, the body noted that the Independent National Electoral Commission (INEC) and other election stakeholders had advocated for improvements to the electoral process, particularly the use of technology in elections, to improve efficiency and transparency.

It, however, said the proposed provision of clause 50(2) of the bill will undermine INEC’s power to make progress on the use of technology in elections.

“It was expected that in addition to providing requisite legal backing to the use of the Smart Card Reader, which was introduced in 2015, the re-enactment of the Electoral Act would also provide the legal framework for INEC to deepen the use of technology in elections,” Situation Room said.

“The proposed provision of clause 50 (2) will only undermine INEC’s power and discretion to make any far-reaching progress on the use of technology in elections. Providing for electronic voting but prohibiting electronic transmission of results is restrictive and hardly constitutes meaningful progress in this regard.

Impact of security situation on election activities a source of…

“The extant Electoral Act has been amended three times since its enactment in 2010. Since a bill for its repeal and re-enactment was presented to the 9th National Assembly in 2020, several stakeholders have made efforts towards a holistic reform of the law, with a view to paving way for major milestones in the Nigerian electoral system.

“It is important to note that over the years, election reports of several accredited observers have identified the collation process as a weak link in elections.

“The process, often shrouded in human interference and other unforeseen occurrences sometimes result in lack of transparency, efficiency and accountability, capable of undermining the credibility of the entire electoral process. This is a challenge that can be tackled by electronic transmission of results if implemented properly.”

Situation Room also expressed concern over the increase made to the limits for election expenses in section 88 of the proposed amendment, noting that the increment will make it difficult to monitor campaign finances.

“The dominance of money politics in Nigeria’s elections is detrimental, as finances constitute a major hindrance to the inclusion of marginalised groups in politics, including women and youths and persons with disabilities. Situation Room, therefore, urges the National Assembly to review these provisions to allow for inclusivity in elections,” it said.

“Passing the Electoral Bill, 2021 into law without addressing the salient issue of the use of technology will largely undermine the gains recorded so far in Nigeria’s elections and the efforts of stakeholders in this regard.

“Situation Room, therefore, calls on the National Assembly to reconsider the provisions of the Electoral Bill, 2021, particularly clause 50(2), to allow for both electronic voting and electronic transmission of results.

“This is what will constitute a major improvement in elections and the deepening of Nigeria’s democracy. Otherwise, this will amount to democracy without freedom. Anything short of electronic voting and electronic transmission of results will be unacceptable.”