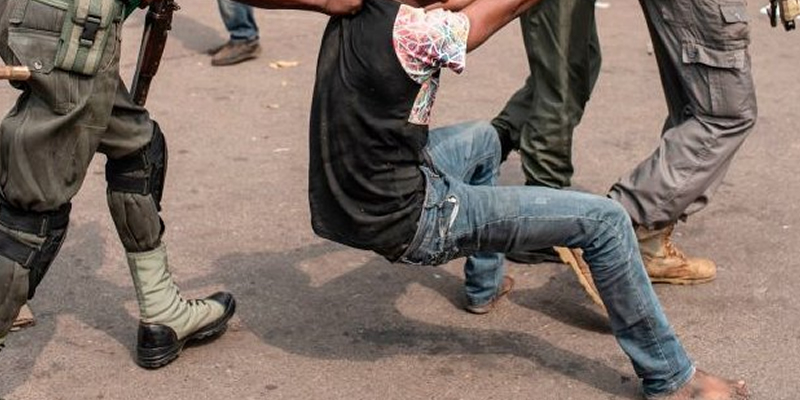 A combined team of policemen and a vigilante group have been accused of torturing a 33-year old breadwinner to death in Bauchi State.

It was gathered that the deceased, Dauda Danladi, was arrested by the team of security agents in front of his shop located in Yelwa Kagadama, a suburb of Bauchi metropolis around 9pm on Thursday.

Danladi was said to have been taken to the Yelwa Division, where he was allegedly tortured to death.

According to PUNCH, an eyewitness, Liatu Nuhu, who sells groundnut milk and rice gruel close to the shop of the deceased said the police and the vigilante arrived in Gestapo style and started arresting people indiscriminately.

Nuhu said, “I was doing my business when, suddenly, the police and some vigilantes came, more than 10 of them, and started arresting people. The Divisional Police Officer got out of the vehicle and directed them, ‘Arrest him! Arrest him!’

“And that was how they arrested the boys playing snooker, others who were chatting and the deceased who was standing in front of his shop. We kept telling them not to arrest him, we told them that he was our neighbour here and we knew him to be someone of good character. We asked why they would arrest him, but they still took him away.”

Nuhu added, “Today (Friday) in the morning, we went to the police station around 7am, they told us to stay at a far distance and wait for the DPO to come to the office. So, I decided to go to my place of work.

“By 10.15am, I returned, only for me to see the deceased’s wife crying profusely. When I asked her what happened, she told me that her husband was dead.”

However, the Commissioner of Police, Bauchi State, Sylvester Alabi, told newsmen over the phone that five people were arrested with a revolver pistol in the area.

According to CP Alabi, two of them were later released because they were found innocent while the other two were still being held at the Police station.

“The deceased was not even part of them, he was about 200 metres ahead. He was gasping for breath in his business place and the police assisted him to the hospital and then, he died.

“If police had not assisted him to the hospital, people would have said they are bad people. The police now assisted, now na wahala (sic).”

“I have told the PPRO to go to the media and tell people the correct version of the story,” he stated.