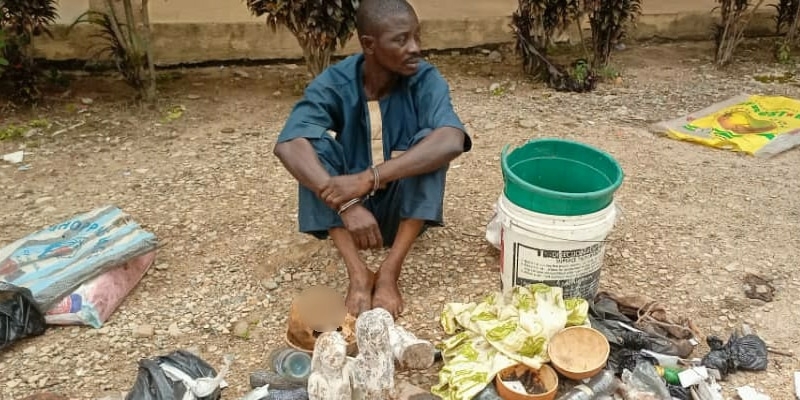 38-year old suspected ritualist, Semiu Oyewo has been arrested by operatives of the Osun State Police Command for the unlawful possession of a human skull and 12 other criminals for various crimes.

The State Commissioner of Police, Wale Olokode, while parading the suspect, said Oyewo was arrested on 7th July by the Police patrol team along Ile-Ife/Ibadan road.

Olokode stated that the police “intercepted one Honda Accord vehicle with Reg. No. AGL 412 CD black colour driven by the suspect one Semiu Oyewo ‘m’ of Alamole area, Ondo road, Ile-Ife, searched the vehicle and recovered the above named exhibits.” 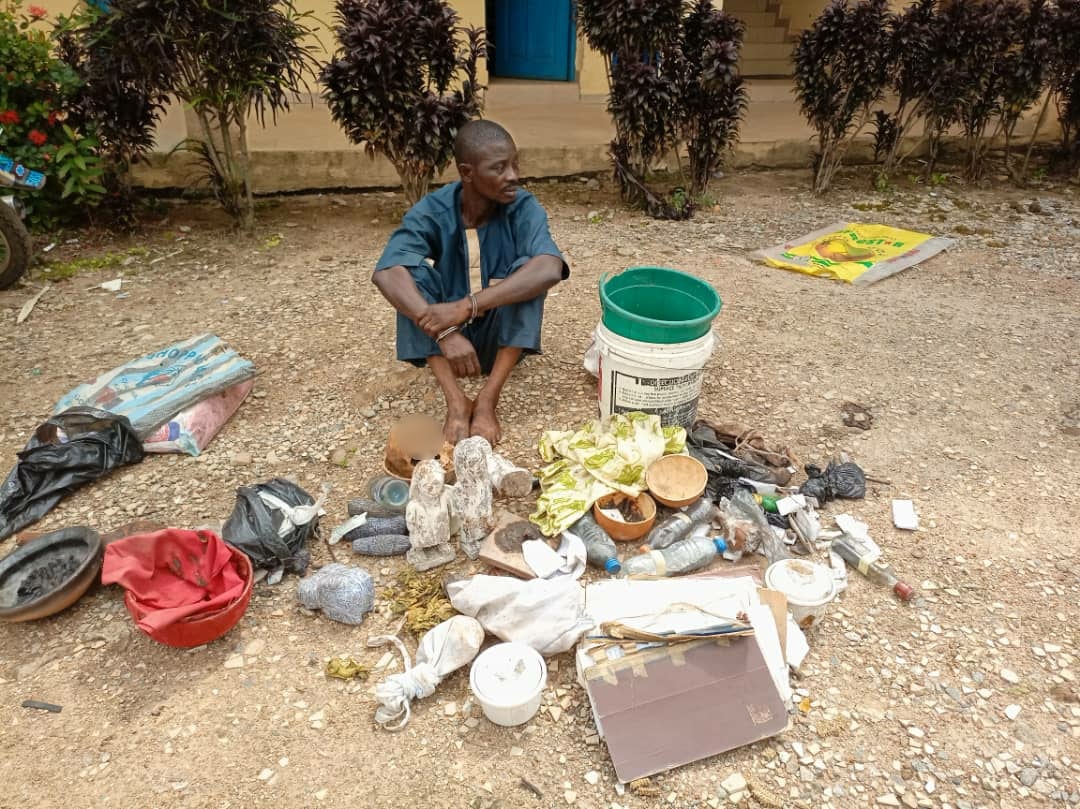 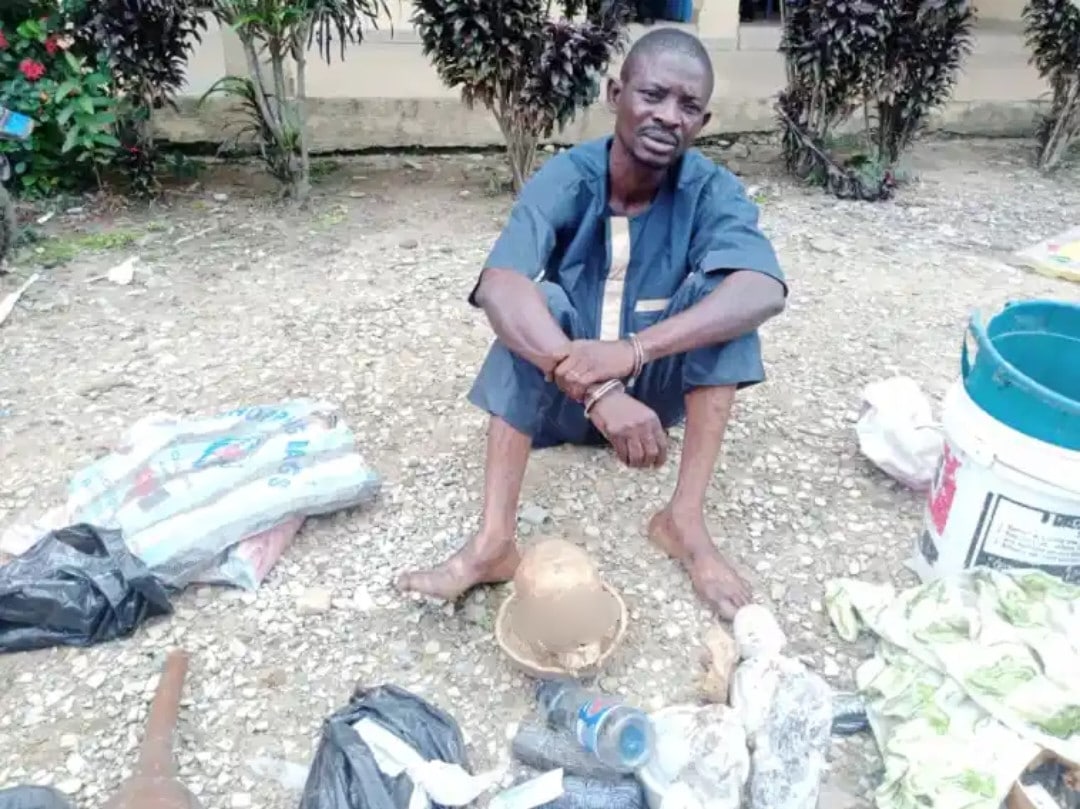 “During the course of investigation and interrogation, the suspect confessed that, he is an herbalist and bought the suspected human skull from his co-herbalist one Ige ‘m’ aka Igwe of Apomu who had absconded.

“The Police navigated its investigation to the house of the arrested suspected and recovered various ‘Juju’ and fetish items which they hid in the bush.” he said. 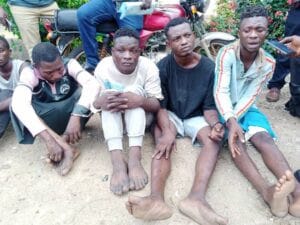 Also paraded were some suspected bag snatchers who specialize in carrying out attacks on POS shop.