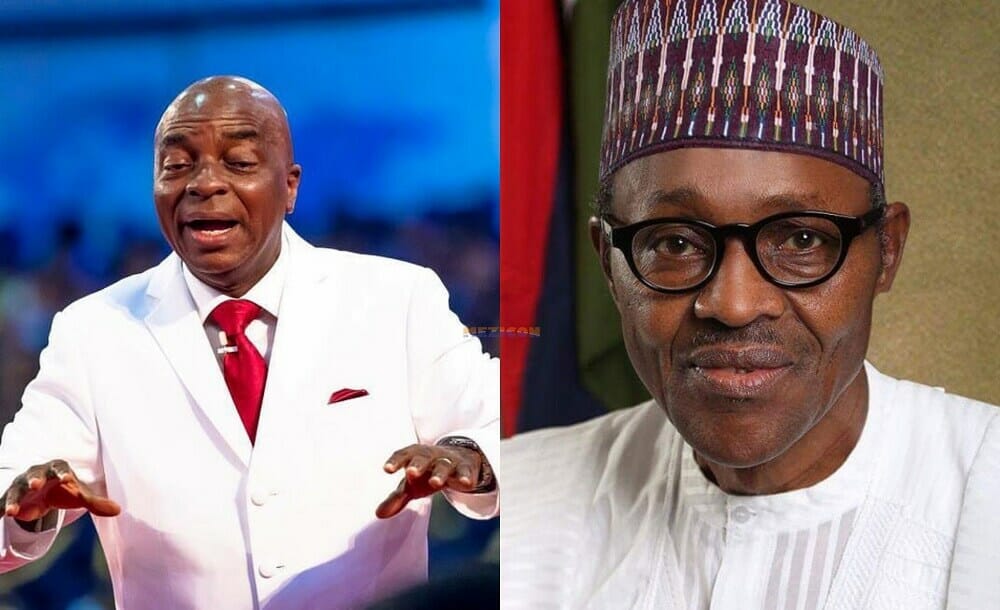 Oyedepo reveals he warned Nigerians in 2015 about this ‘evil’ govt

Founder of the Living Faith Church Worldwide, Bishop David Oyedepo revealed that he warned Nigerians about President Muhammadu Buhari prior to the 2015 general election.

Oyedepo stated this on Sunday during a sermon on speaking on the power of prophecy at the church’s headquarters, Canaanland, Oya, Ogun state.

According to him, some fellows were angered by his prophecy when he told Nigerians the country is heading for trouble, until they are now faced with the reality.

He said, “I am privileged to be among the few God shows things long before they happen.

“Some fellows were upset with me when I was talking against this evil government.

“I told this Nation, you are heading for trouble: 2015. Are they in trouble or in turbulence? Turbulence.

“I saw the wickedness of the wicked being forced on the land. Now no direction, no motion.

“When a Prophet speaks, he speaks the heart of God”.