Alaafin Inspects The Guard Of Honor In Oyo [PHOTOS] 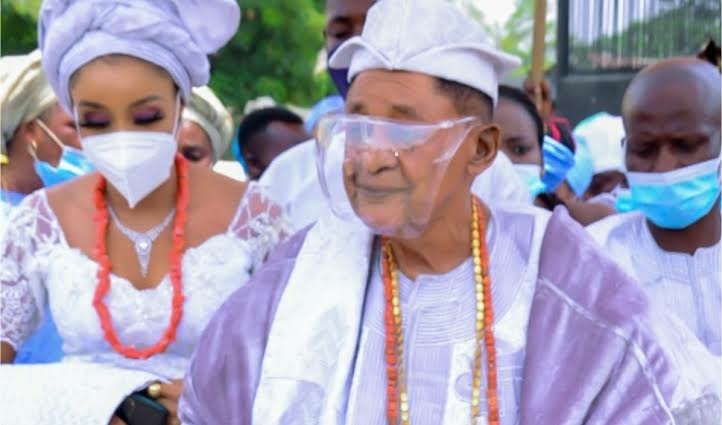 On Sunday, Alaafin of Oyo, Oba Lamidi Adeyemi III was in Igboora town to install a new traditional ruler. As the permanent chairman, Oyo State Council of Obas, he was the right person to crown the new monarch.

Alaafin was welcomed to the town by the mammoth crowd and seen inspecting the guard of honor mounted by students of the Police Secondary School, Igboora.This was done on his arrival at the venue of the coronation.

The presentation of staff of office to the new king was done after delivering his speech.

The just-concluded week was full of activities for Alaafin. Recall that, 5 days ago, the paramount ruler hosted the new Oyo State Commandant of the NSCDC, Mr. Adarelewa Michael Adetayo in his palace.

Alaafin pledged his continued support to the security agent, praised the feats recorded by men of the corps, and encouraged them to do more.