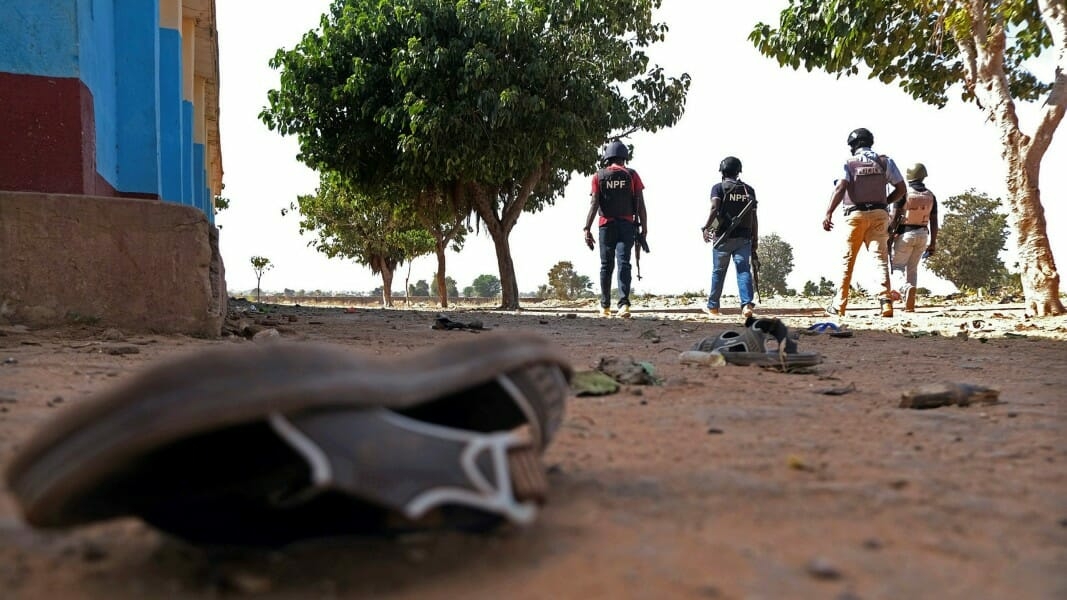 Two suspected kidnappers have been shot dead while attempting to collect ransom in Taraba state.

It was gathered that the criminals were killed by vigilantes in Sabongida town in Gassol Local Government Area of Taraba State.

According to Daily Trust, the suspected kidnappers, who abducted an elderly man identified as Alhaji Gambo reached out to the family of their victim to bring the ransom money to a location.

The vigilantes in the area upon getting information went to the location to lay an ambush.

It was revealed that the well-armed kidnappers identified as Sani and Musa arrived at the location, without knowing that the vigilantes were around.

Two of the suspected kidnappers were shot while trying to pick the money.

A source disclosed that the late kidnappers have killed many people in Borno-Korokoro, Tella, Sabongida, Dananacha and other surrounding villages as well as along Jalingo–Wukari road, all in Taraba.

The spokesperson of the State police Command, ASP Abdullahi Usman, confirmed the killing of the kidnappers but did not go into details.