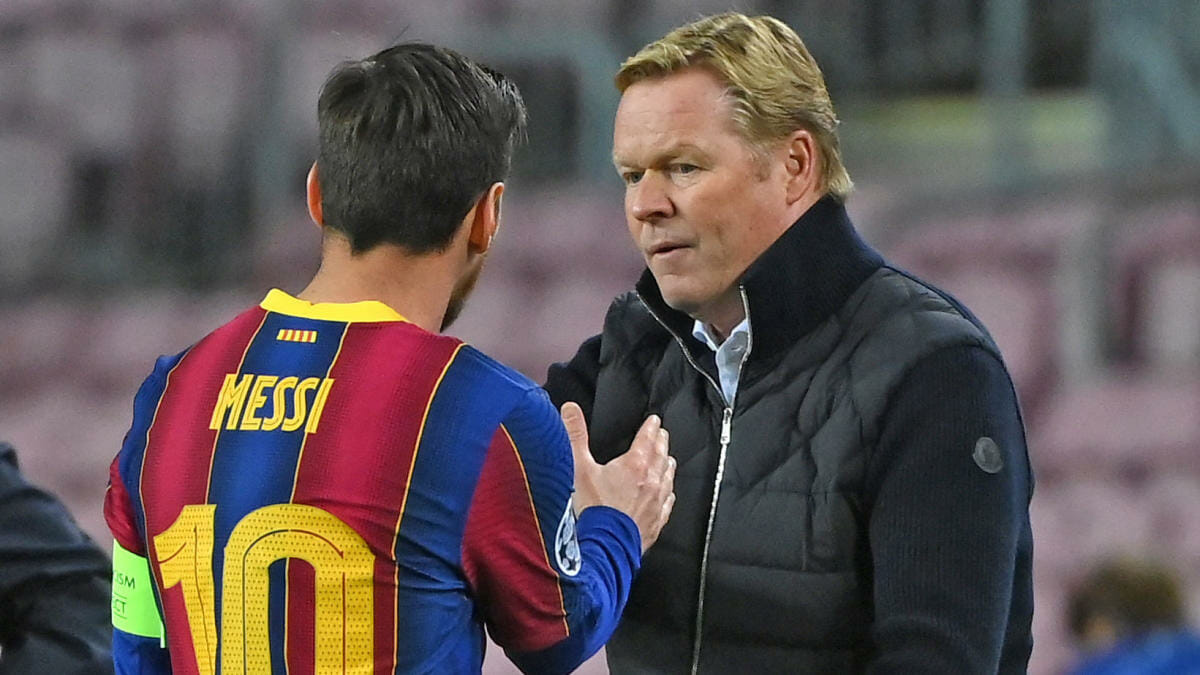 Barcelona manager, Ronald Koeman, has spoken about Lionel Messi’s exit from the La Liga giant, two days after the club made the shock announcement.

The Dutch tactician took to his Twitter page to bid the 34-year-old farewell.

Koeman wrote: “Still hard to understand that you will not play for Barcelona anymore.

“Thanks for everything you have done for our club, Leo. I really enjoyed the full season we worked together.

“I am impressed by your work ethic and desire to win; it makes you the best player in the world. For now, I wish you and your family the best!”

WITHIN NIGERIA had reported that Barcelona confirmed in a statement that Messi, whose contract ran out at the end of last season, will exit the Nou Camp.

The statement partly reads: “Despite FC Barcelona and Lionel Messi having reached an agreement and the clear intention of both parties to sign a new contract today, this cannot happen because of financial and structural obstacles (Spanish Liga regulations).

Messi is now on the verge of completing a stunning move to Paris Saint-Germain.

The Argentina captain will sign a two-year deal with the Ligue 1 giants, with an option of one more year.