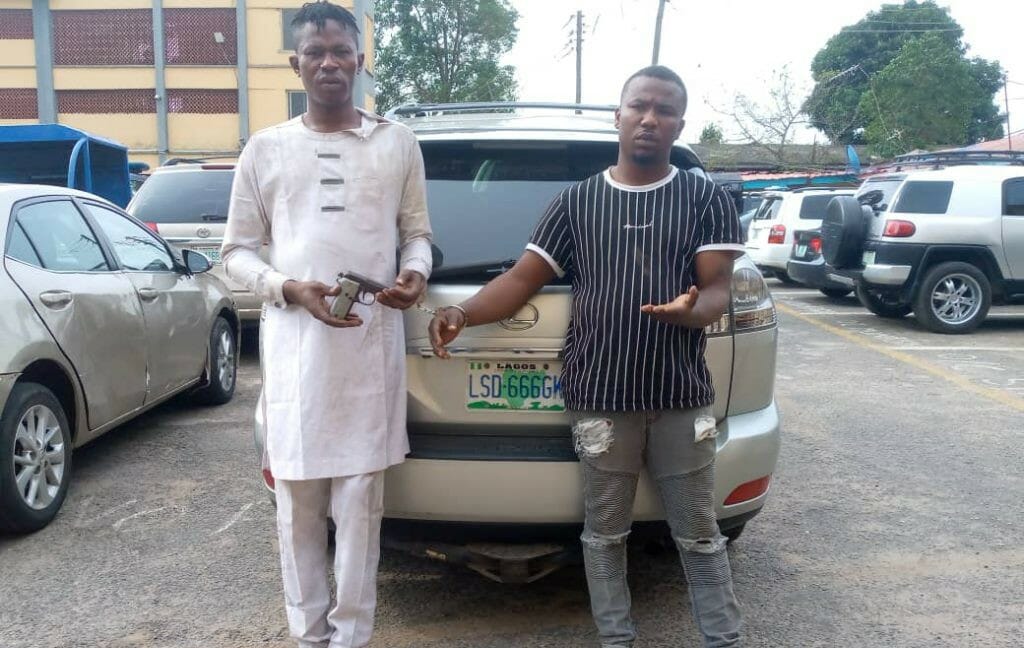 Both from Imo State, they were intercepted while driving a suspected stolen Lexus jeep with reg no. LSD 666 GK.

A statement by Adekunle Ajisebutu, Police Public Relations Officer, said the RRS operatives trailed them to the point of arrest in Egbeda.

The spokesman said they are suspected to belong to a gang responsible for the spate of armed robberies in Gowon Estate, Festac, Lekki and other areas.

One locally-made pistol, two rounds of live ammunition, four ATM cards, charms, BRT cowry card, two keys of another different Lexus SUV and a motorcycle were found with them.

Ajisebutu said the suspects claimed to be members of the Neo-Black Movement of Africa a.k.a. Aye Confraternity.

RRS Commander, Olayinka Egbeyemi has ordered their transfer to the Special Squad of the Command for further investigation in line with the directive of Police Commissioner, Hakeem Odumosu.