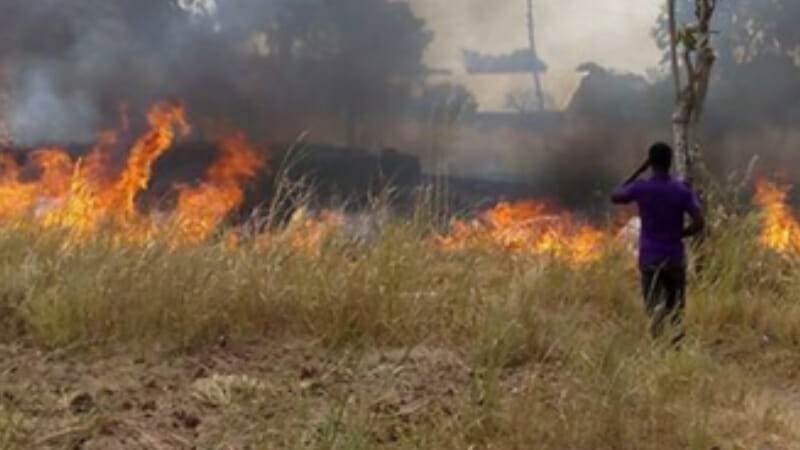 Barely one week to the burial of his father, Chijioke Ofomba, was reportedly set ablaze by assailants in Nando community, Anambra East Local Government Area of Anambra State.

It was gathered the incident might not be unconnected with a disputed land where the deceased has gone to farm.

According to resident of the area,  the assailants had stormed the farm, beat the victim to pulp and poured petrol on him with serious burn all over his body and left him unconscious.

“He was however rescued by passers-by farmers who immediately informed his family and friends and they rushed him to a nearby hospital where he was placed on danger list,” he said.

Elder brother to the victim, Igwe Onyeachonam Ofomba, newsmen on Monday that his brother was attacked over land dispute.

“My brother was attacked and set ablaze by those we have land dispute with just one week to the burial ceremony of our beloved father, late Chief Iwuno Ofomba Nwaedozie, aged 99 years.

“Their intention was to kill him but God saved him. As we are now burying our father, the victim is in the hospital still unconscious.

‘I never said investment in SABMiller now worth $100m’…

“We have reported the matter to the Otuocha police station and they have visited the victim in the hospital but they are yet to make arrest”.

“We expect the police to commence investigation immediately and arrest the culprits,” he said.