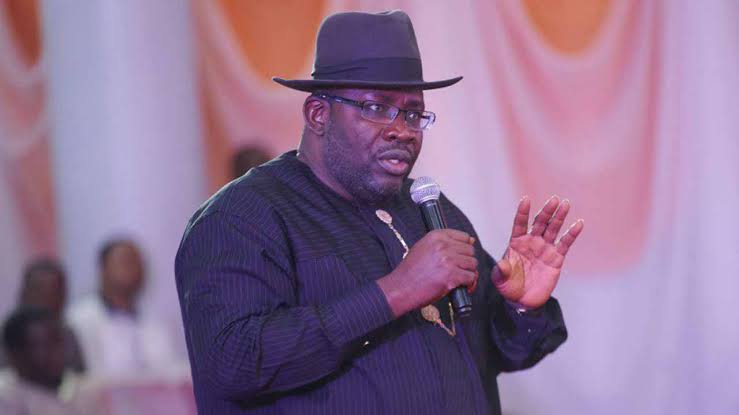 Senator representing Bayelsa west, Seriake Dickson has stated that the petition against him at the Economic and Financial Crimes Commission (EFCC) is “frivolous”.

WITHIN NIGERIA reported that the senator, Dickson was interrogated at the headquarters of the anti-graft agency in Abuja after he honoured an invitation on Tuesday.

It was learnt that the interrogation lasted for five hours.

The former governor of Bayelsa is accused of “abuse of office and corruption”.

Reacting to the development via a statement, Senator Dickson denied diverting funds totalling about N17 billion meant to curb flooding in the state.

“I understand that there is a petition from an NGO alleging that these investments (largely buildings, plots, farms, etc in my village, Orua, Yenagoa, and two buy-to-let houses in the UK) were not declared. I have a duty to clarify these issues with the investigating authorities who by law have the responsibility to inquire into these matters,” he said.

“For the avoidance of doubts, let me state that my family investments, Seriake Dickson Trust Incorporated, were made between 1996 and 2012 before I became Governor.

“These investments were funded by loans and advances and repaid from salaries, allowances, savings and others. One of them is still on mortgage and I have made these documents available to the EFCC.

“It should be on record that I have since resigned from the Trust Administration since 2011 before I became governor.

“The petition further alleged that the money was used for my re-election in 2019. The fact is that there was no such donation about the 2012 flood in Bayelsa.

“Curiously, there was no mention of the donor or where the money came from. There was also no re-election for governorship in Bayelsa in 2019 which is clear proof that the petition was totally frivolous.”