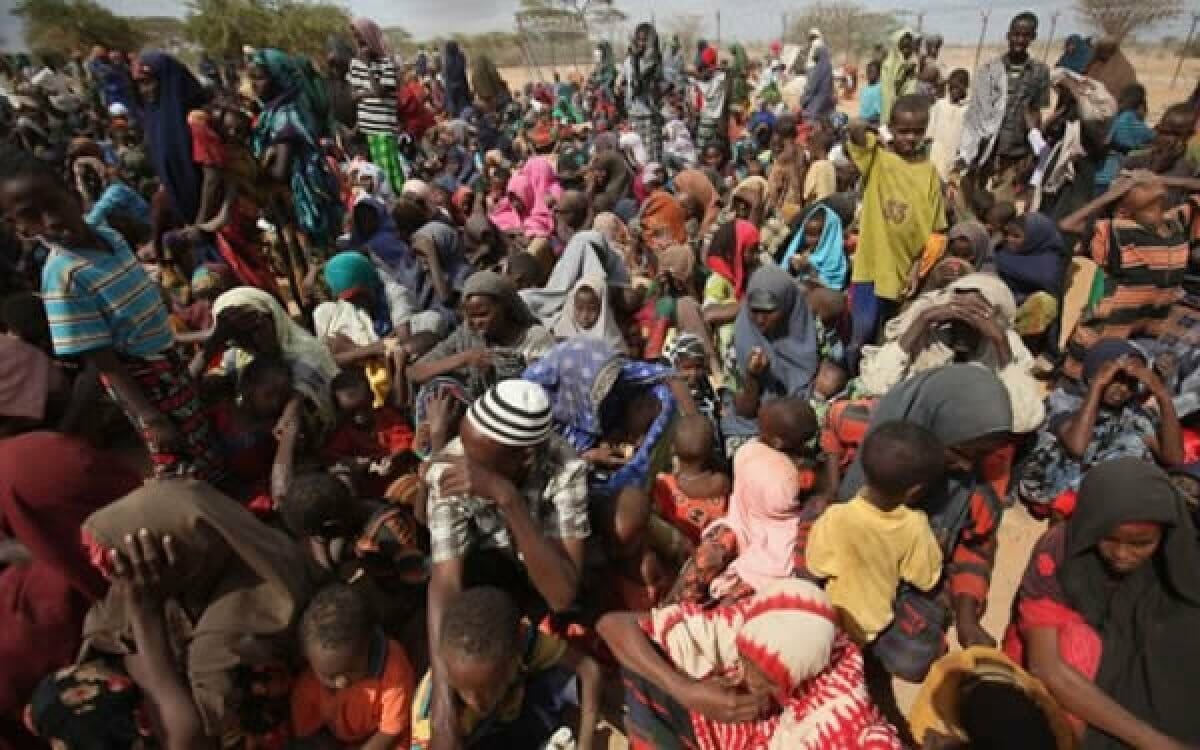 Internally Displaced Persons in the North-East are angered by the Borno State Government’s decision to reintegrate over 1,000 repentant Boko Haram fighters into the society.

The IDPs’ anger is based on the fact that they are still languishing in pain and sorrow caused by the activities of the Boko Haram terrorists in the North-East, particularly in Borno State, the epicentre of the insurgency.

The Nigerian Army in a statement by its spokesperson, Onyema Nwachukwu, announced on Tuesday that no fewer than 1,000 Boko Haram and Islamic State West Africa Province (a Boko Haram offshoot) members had laid down their arms and surrendered to the troops.

“All surrendered terrorists will be received, processed and passed on to the relevant agencies of government for further assessment in line with extant provisions,” excerpts from the statement read.

Reacting to the announcement, the Borno State Government said it is ready to accept and reintegrate the over 1,000 repentant insurgents into society.

The state Commissioner for Information, Culture and Home Affairs, Mr Babakura Jatau, in an interview with PUNCH, also urged the host communities to accept the ex-fighters as one of them.

Jatau said the “repentance” of the Boko Haram/ISWAP fighters might be the beginning of the end to the insurgency which the country and particularly the state had battled for over a decade.

He said, “At the end of every war, there is reconciliation. Every single war is not ended by the power of the bullet and bomb. They (insurgents) are part and parcel of us. They have surrendered; they are radicalised and they now realise their mistakes.

“They (ex-fighters) voluntarily surrendered their arms. There is nothing to do but to accept them and appeal to members of the public to accept them so that they (ex-terrorists) can reintegrate into society because there are many of them in the bush.”

Jatau argued that if the terrorists in the bush saw that those who surrendered were accepted by the people, they would also surrender.

“For us, it means this is the end to the insurgency,” the commissioner added.

According to The PUNCH, some of the IDPs, however, questioned the sincerity of the Boko Haram fighters’ repentance, they said they were not ready to accept the decision of the government to reintegrate the ex-terrorists.

An IDP who lives at the Teachers’ Village Camp in Borno State, Modu Abubakar, said he and his seven children narrowly escaped death when the insurgents attacked their village, Gudumbali in Guzamala Local Government Area of Borno State, about seven years ago.

He said he lost all his properties and source of livelihood as a result of the attack.

He said, “I am a farmer and I have been living in this camp for seven years. The government resettled us to our homes at a point but the insurgents kept attacking, killing and kidnapping us. They destroyed our houses and burned down our food bans.

“As I speak, unless a miracle happens, I may not be able to go to the farm again because the place is still not safe. And the government is saying it wants to reintegrate these ‘devils’ into our villages? No way! We cannot accept them in our society.

“What if they had succeeded in killing all of us? Where would they have been reintegrated into? The government should rethink its decision. These Boko Haram insurgents are never repentant. They only come to surrender when the tide is against them.

“Why didn’t they surrender until the military began bombing them? Their repentance is fake and as such we will never let them live among us. If the government wants, it can build houses for them, but we will not let them live with us after causing us so much pain.”

Also, Mustapha Musa, a 53-year-old indigene of Kukawa town in Kukawa Local Government Area of Borno State, said he could not forget the pain Boko Haram had caused him.

Musa, who has been living in an IDP camp for the past five years after fleeing his village, said bluntly that he did not support the Borno State government’s idea.

He said, “I used to have a car which I used for my fishing business. One night, Boko Haram came, destroyed my business and rendered me homeless.

“I have been surviving on government handouts for the past five years as I cannot afford to take care of myself anymore. I lost over N5m in my business because of the atrocities of Boko Haram. How then do you expect me to readily accept people who destroyed my business?”

According to PUNCH, in the IDP camp in Taraba State, a 47-year-old mother of five who fled from Gwoza in Borno State, simply identified as Mama Hajara, said she was confident that it would be impossible to change the repentant terrorists’ ideologies.

Should the reintegration plan go ahead, she advised the army to profile the ex-terrorists and devise strategies to track them down in the event that they displayed certain characteristics contrary to their oath of repentance.

She said, “I don’t believe that those Boko Haram fighters looking for reintegration have genuinely repented. So I will advise the army and other security agencies in the theatre of the war to use their intelligence in dealing with these people.

“How does the government want a woman whose husband was killed by Boko Haram to feel when she sees a so-called repentant Boko Haram? How would a woman whose child or children were killed by the terrorists feel?”

He dismissed the notion that the insurgents had repented, saying he would not be fooled by Boko Haram’s strategy of trying to infiltrate into the society.

He said, “I don’t agree with the idea. Boko Haram members, whether repentant or not, don’t deserve mercy.

“He who kills by the sword must die by the sword, so Boko Haram members who confess to killing people should be made to face the law.”

Also, a pastor of the EYN Church from Chibok, Borno State, who fled to Jalingo, Taraba State, urged the government to be careful with the idea of reintegrating the repentant terrorists.

“The government must tread with caution the idea of reintegrating repentant terrorists before some sections of the country begin to compare the treatment given to terrorists and freedom fighters like Sunday Igboho and Nnamdi Kanu,” he said.

Meanwhile, some IDPs said they were happy to hear the news that some Boko Haram terrorists had started surrendering.

Isa Maina, an indigene of Dambo’a in Borno State and is the secretary for IDPs’ association in Gombe State, said he fled Dambo’a with his two wives, one of whom was pregnant, in 2014 when insurgents attacked the village.

“I have suffered but I’m happy to hear that they are surrendering, and I hope this will mark the beginning of the end to the insurgency,” he said.

Another IDP, Sambo Mohammed, 60, from Talala in Borno State, urged the government to compensate the victims of insurgency.

“Our plight today is as a result of the insurgents’ activities. It would be nice for the government to consider compensating us for our losses,” he said.

Meanwhile, this is not the first time the government would be reintegrating surrendered Boko Haram members into society.

In June 2020, the National Identity Management Commission said it had registered about 900 repentant Boko Haram members.

According to the commission, reliable and secured data of repentant and reintegrated members of Boko Haram were provided to the NIMC through the Operation Safe Corridor Advisory Committee.

Also, in July 2020, the Federal Government, through the Defence Headquarters, reintegrated 601 ex-Boko Haram terrorists including 14 foreign nationals from Cameroon, Chad and Niger into society through their respective national and state authorities.