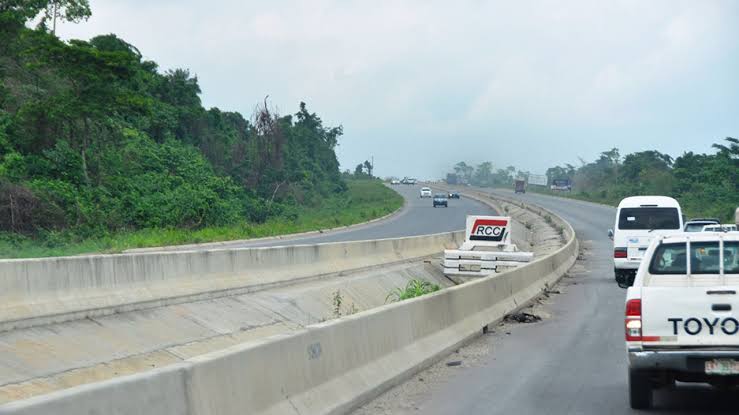 One dead in Lagos-Ibadan expressway accident

The Ogun Traffic Compliance and Enforcement Corps (TRACE), on Saturday, said one person died in an accident involving a truck and two cars, at Orimerumu on Lagos-Ibadan expressway.

The Mowe-Ibafo Divisional Commander of TRACE, Olusola Ojuoro, who confirmed the incident to the News Agency of Nigeria (NAN) in Ota, said the accident happened around 7.03 a.m.

Mr Ojuoro explained that an unregistered Volvo truck, loaded with gas, was outbound Lagos when it lost control due to speeding and fell on a Toyota Corolla car, with registration number: EQ 165 LSR and a Toyota Sienna space bus marked FKJ 341 GC.

He said that eight persons, comprising three males, three females and two minors, were involved in the accident, adding that one of the male victims died while others escaped unhurt.

“The corpse of the victim had been deposited at Femobis Hospital, Lotto area, Ogun,” he said.

Mr Ojuoro further stated that the vehicles have been towed off the road through the joint efforts of the police, Federal Road Safety Corps (FRSC) and TRACE personnel to ease flow of traffic.

He advised motorists to exercise patience and desist from over-speeding to avoid unnecessary loss of lives and property.