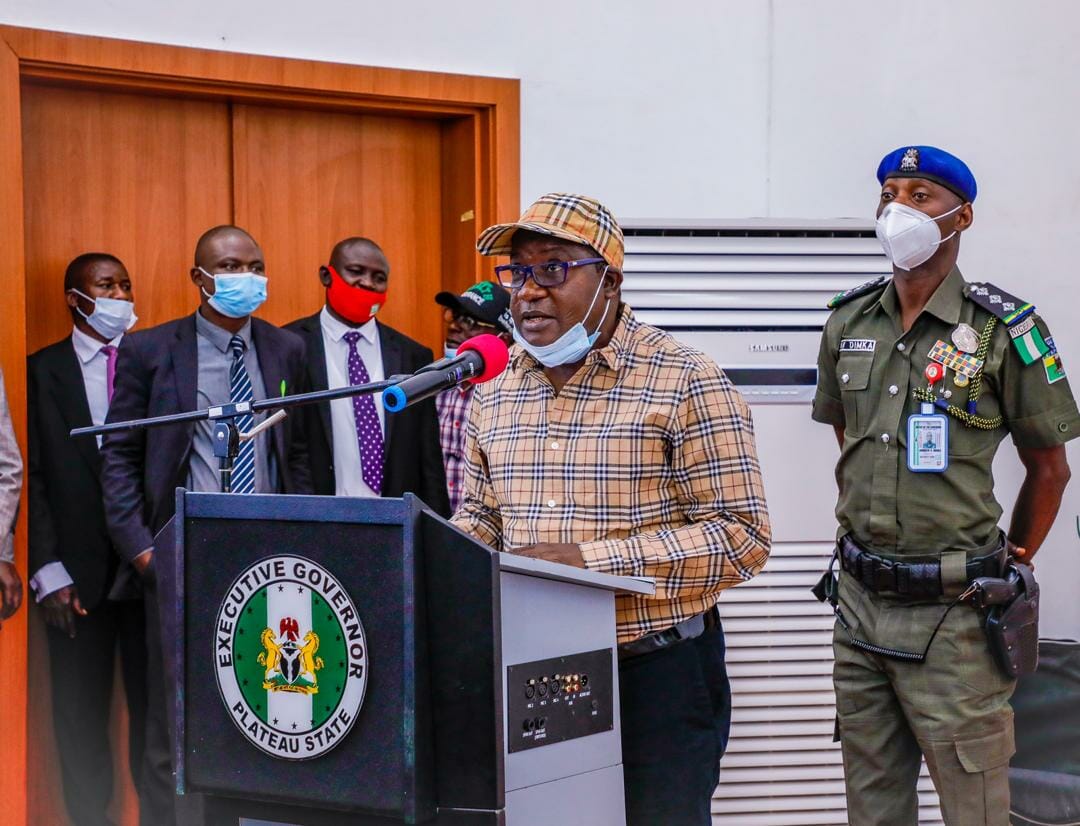 The group said that the governor has indeed proven time without number to be a very weak leader to his people.

The human rights advocacy group noted that Christian communities have been constantly attacked with many unarmed Nigerian killed but Lalong has failed to take any drastic security action.

HURIWA said that the governor only woke from his slumber and acted as the chief security officer of the state only when unknown gunmen wickedly shot and killed scores of innocent Moslem travelers.

Recall that following the attack on Muslims, Lalong had declared a 24-hour curfew and HURIWA wondered why this measure could not stop the invasion of Plateau communities again for the umpteenth time by armed Fulani herdsmen who reportedly massacred many Christians.

HURIWA condemned the Plateau State governor for standing by and watching in an unbelievable way as Plateau State Christians were killed.

The rights group wondered how the suspected armed Fulani herdsmen beat the military curfew in the state in the last twenty-four hours and killed many people.

The rights group also carpeted the General officer commanding 3rd division of the Nigerian Army, the Director of Department of state services, Commissioner of Police for doing nothing to prevent the renewed violence.

HURIWA pointed out that the Irigwe community, where the headquarters of 3rd Army division in Jos is located, had alleged complicity between the Army Commander and the killer Fulani squads.

It said however, that the Federal and State governments have refused to speak about it, noting that the Presidency only spoke out after some innocent Moslem travelers were gruesomely murdered by unknown gunmen.

The group said this selective outrage by the government is despicable and reprehensible, adding that Buhari’s outrage becomes ludicrous when the same President keeps mum in the face of incessant killings being perpetrated by suspected herdsmen.

“It’s over 18 hours since it was reported that armed marauders invaded communities in Plateau State amidst the so-called curfew but we are yet to hear one word of condemnation and action from President Muhammadu Buhari,” HURIWA said.

HURIWA is therefore charging the Plateau State governor to stand up, speak out and take concrete action to stop the attacks on Christians by armed Fulani herdsmen and indeed stop all attacks on citizens irrespective of their ethno-religious affiliation.