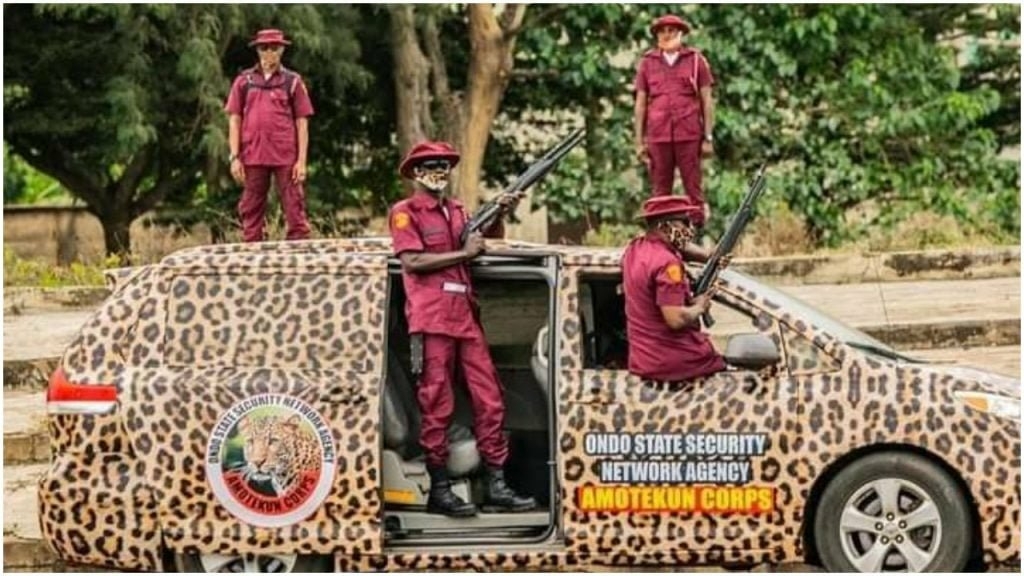 Segun Thomas, an 18-year-old boy was during the weekend rescued by men of the Ondo State Security Network, known as Amotekun Corps from a 65-year-old suspected ritualist.

The victim, was rescued at a motor park in Ore, Odigbo Local Government Area of the State.

WITHIN NIGERIA gathered that the boy who was living in the Mushin area of Lagos State was hypnotized by the suspect identified as Lawal.

The victim was said to be undergoing training as an Automobile mechanic in Lagos before finding himself in Ore.

Men of the Intelligent Unit of Amotekun Corps who were on duty got a tip-off about the situation and rescued the teenager from the man who was subsequently arrested at Ore motor park and whisked him to Akure, the state capital.

According to the victim, he left home for the mechanic shop where he was an apprentice and while on his way, he met the man who asked him for assistance and stressed that, that was all he knew.

On his part, the suspect, who said he was an ex-herbalist, stated that he innocently asked the boy to help him carry his bag, adding that he willingly embarked on the journey with him.

Confirming the arrest, the State Amotekun Corps Commander, Chief Adetunji Adeleye, said his Men posted around motor parks in Ore noticed some funny behaviour between the young boy and the suspect when he was apprehended.

The Amotekun Commander who advised parents to teach their wards to abstain totally from strangers added that the suspect will soon be charged to court.

Also reacting, the mother of the victim, a 42-year-old food vendor, Mrs Rashidat Babatunde who lives with her four children in Mushin, Lagos State, thanked Ondo Amotekun for rescuing her son.