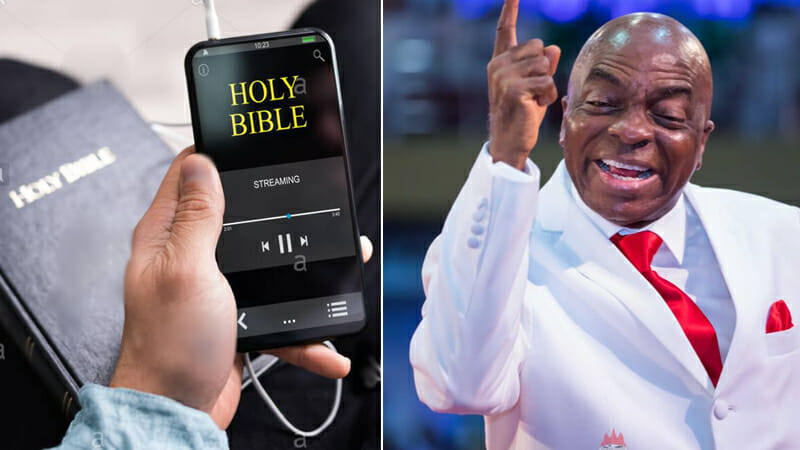 Bishop David Oyedepo, the General Overseer of the Living Faith Church Worldwide spoke to the youth at first Service, Faith Tabernacle. It was the Covenant Day of Restoration in which the topic majorly focused on youths and plot of the devil to wipe hard copy bible in this generation.

The man of God insisted that the devil want to ravage the fate of the future generation by misleading them with the digital bible (app bible) to enable them browse ‘nonsense’ amidst church programs.

“In fact Service would end, we were told and they won’t know until they look around and see there is nobody around. Then they will leave. It is as terrible as that,” he said

Oyedepo recalled 1976 when a priest was preaching from the book of John 6:48-58 and it was as if he was hearing from Jesus.

“That was the first place in my life and I read John, (in) the first one month I got saved: Matthew, Mark, John. I was eating it, but it was the first day I understood it,” he said.

He further said the ministers would think the youths are typing what the pastor is preaching by using their android note but they are busy surfing the internet.

The Cleric concluded by saying life is about discipline and revealed that he started studying scriptural verses from age 16.