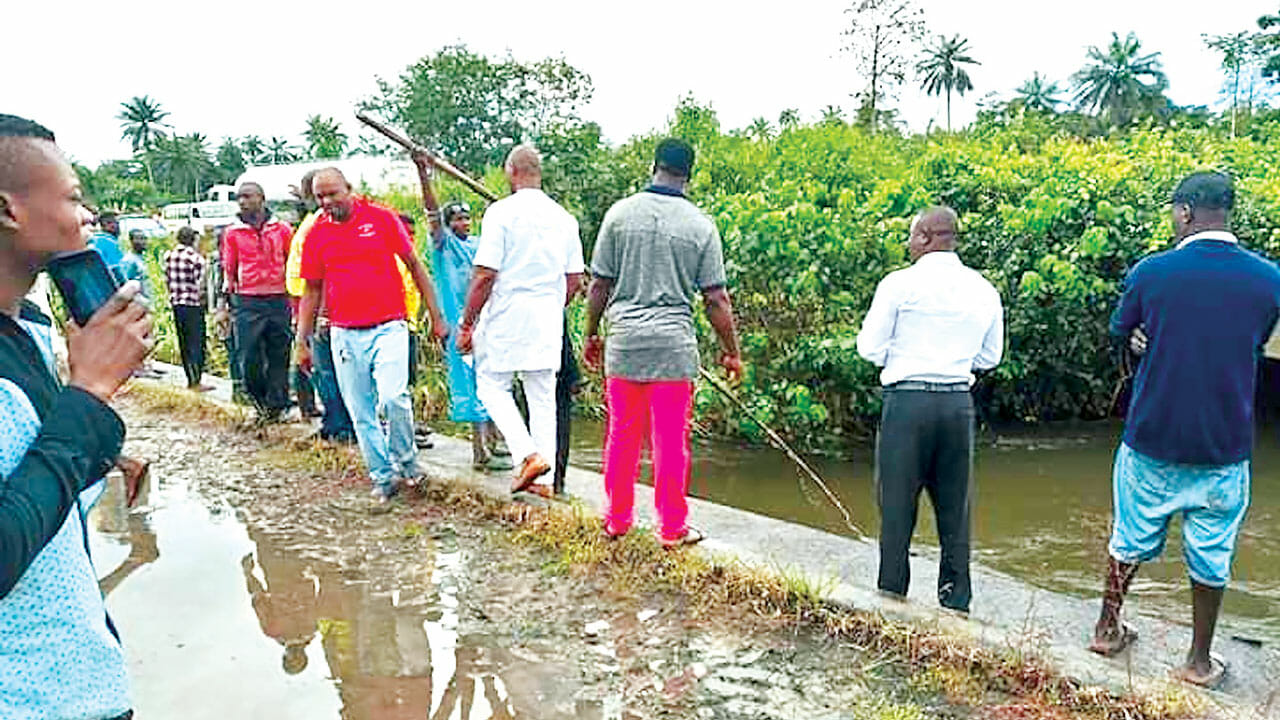 Seven feared dead in Delta as car falls into river

At least seven persons have been reported dead in a fatal motor accident that occurred in the Orogun community in Ughelli North Local Government Area of Delta State.

The deceased were in a Sienna car that was on high speed when it failed brake at a sharp bend and fell from a bridge into a river.

Only the driver of the vehicle and a female passenger came out unhurt.

The driver promptly reported the incident at the Agbarha-Otor Divisional Police headquarters in Ughelli North.

The Delta State Acting Police Public Relations Officer, DSP Bright Edafe confirmed the report in a telephone chat with our correspondent in Warri saying, “it is confirmed.”